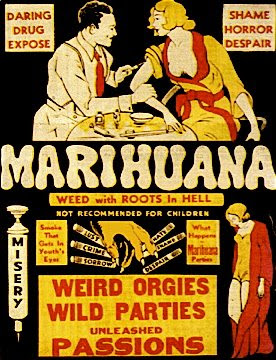 In our previous episode of this Gold View Award©-winning masterpiece (“Sprawling and appalling.” -- Harold Bloom) our hero Arnold Schnabel was just leaving the men’s room of the Pilot House (“Groove to the ‘in sounds’ of Freddy Ayres and Ursula, seven nights a week, matinée shows on weekends!”) in the then slightly shabby resort of Cape May, NJ, on a certain Saturday night in August of 1963...

I went out into the barroom, and Freddy was speaking into the microphone, telling the people that he and Ursula would be back after a very short break, and to keep drinking because the more they drank the better he and Ursula sounded. Ursula stood next to him, lifting her saxophone strap off of her shoulder and setting the instrument down in a metal stand.

But as I walked past the stage, Freddy, sitting his accordion down on the stage floor, leaned forward on his stool and said to me, smiling: “How is your buddy?”

How odd it was that the whole world seemed to know my business, and I barely knew my own business myself.

“Yes, your generous friend --” he gestured toward the tip jar on his little side table, the contents of which Ursula was unceremoniously dumping into a large sequined purse.

“He’s been in the men’s room quite some time, your pal,” said Freddy. “Is he all right?”

Ursula, having clicked her purse shut and slinging its strap over her shoulder, came down the two steps from the stage. She picked up her cigarette holder from the ashtray on the little table there and pulled out the dead butt.

“May I know your name, gentleman?” she asked me.

“Very please to meet you,” she said.

I had never actually heard her speak before. She had some sort of foreign accent.

She held out her left hand to me, palm downward. I hadn’t quite realized it before, but she is a very small old lady, perhaps only four feet nine, although her hairdo probably gains her five or six inches at least.

“Oh, sorry,” I said, and I took her small yellow hand in mine. I didn’t know what to do with it, but she herself raised her hand, pulling my hand behind it, to my lips, and so I duly kissed those fragile knuckles which felt as if I could crush them to dust in my own brakeman’s paw with only the slightest effort.

“Easy there, big boy,” said Freddy, who had also come down from the stage and who now stood quite close to me.

I let go of Ursula’s hand, and it slowly descended, like a falling oak leaf filmed in slow motion.

I was terrified that I would have to shake his hand. He too was a tiny creature, and he looked even more delicate than Ursula. Forget about crushing his hand, what if I accidentally pulled his entire arm off? How would he play the accordion?

Fortunately though he was busying himself with the ritual of taking out cigarettes and offering the pack to me. Old Golds.

Freddy offered the pack to Ursula, and she took one and screwed it into her holder.

Freddy put a cigarette in his own lips, and then gave Ursula a light with a lighter, a thin gold-plated one.

“Wait a second,” said Freddy, lighting his own cigarette, and smiling. “May I ask you a question?”

Music had come on the jukebox, some young fellows singing loudly for someone to please please them.

Freddy came closer and getting up on tiptoes he put his hand next to my ear.

“I was wondering if you’re holding,” he said.

“Are you or your buddy holding.”

“Holding what?” I asked.

I looked around. I saw that Mr. Jones and Mr. Arbuthnot were watching us from across the bar.

“Here, you can have what I’ve got,” I said, and I stuck my hand into the bermudas pocket in which I had stashed that fat, stubbed-out reefer of Josh’s.

“Wait, be cool, man,” said Freddy. “Not in here in front of everybody,” he said, smiling, but barely moving his lips.

I glanced around again, but the only people who seemed to be paying any attention to us were Mr. Jones and Mr. Arbuthnot over there.

Even from this distance, thirty feet or so, and in this smoky bar, I thought I detected hostility in the gazes of Jones and Abuthnot. Perhaps they belonged to a rival gang of ancient dwarves, and they resented the attention I was bestowing on Freddy and Ursula, their sworn blood enemies.

“We have digs upstairs,” said Freddy. “Comes with the gig. Come on up, it’s cool. Do you like absinthe?”

(I did recall one horrible experience with absinthe during the war, in Paris, but I won’t go into that here.)

“Are you a parrot, Mr. Schnabel?” asked Ursula.

“Come on,” said Freddy, putting his little hand on my arm. It felt as if a sparrow were resting on my forearm, a very old sparrow, a sparrow about two seconds away from keeling over and falling to the ground.

(Continued here, and until we drop. Kindly refer to the right hand column of this page for an occasionally up-to-date listing of links to all other available chapters of Arnold Schnabel’s Railroad Train to Heaven™, absolutely free for a limited time only although donations will be accepted in aid of the Arnold Schnabel Society’s Pagan Baby Literacy Project.)

It pains me that poor Josh is still suffering. I know He told Arnold to go away, but...I guess Arnold's a born writer, always watching.

How late is the Pilot House open? I too, am concerned about Josh.

Well, one thing about those vomiting sessions, Kathleen -- you've pretty much gotta get through them all by yourself.

Manny, I believe that the Cape May bars in this era can stay open till 3 during this era, although I confess I've lost track of exactly what time it is in Arnold's world at this juncture. And try not to worry too much about Josh -- he's suffered far worse. Maybe.

I let go of Ursula’s hand, and it slowly descended, like a falling oak leaf filmed in slow motion.

After Freddy lights up, he's going to be pestering Arnold all the time, trying to score more Jesus Weed.

What's next after Absinthe?? Maybe some gall?