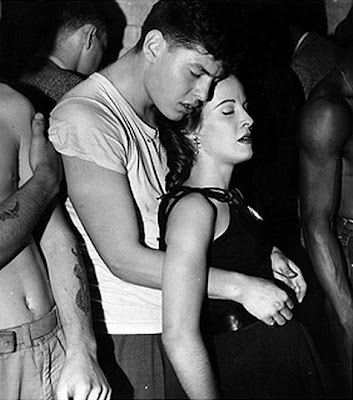 Return with us now to the outskirts of a Native American reservation somewhere between the harsh New Mexican desert and the depressed little town of our title on a foreboding night in September in the year 1969, the month after the summer that brought us the moon landing, Woodstock, and Charles Manson.

(Here’s what happened in the previous chapter, and here is where the whole saga began.)

Lt. Perkins sat in the idling jeep. The headlights were on, revealing a bright swath of the sundry odd objects littering Paco’s yard -- a gutted refrigerator, the chassis of a ’53 Studebaker sedan on cinderblocks, sundry automobile and truck tires, a brewing vat connected to a propane tank, an overturned Dr Pepper machine.

Perkins took out a pack of Kools and lit one up. He didn’t really enjoy smoking, but he had taken it up in college as part of his over-all project of attempting to be one of the guys. Even after joining the air force (admittedly to avoid being drafted) and making it through flight school, he still wasn’t one of the guys, but he was however firmly addicted to cigarettes. He told himself he would quit if he made it through his enlistment alive.

He looked over at the Quonset hut. The door was still open, and Masterson and Pym were standing just inside, lit by the flickering light of a black-and-white television set.

Pym switched off the headlights and turned off the engine.

He sat back and gazed up at the enormous and starry sky, smudged here and there with dark clouds. How nice it would be to be out of the service, back home in Ohio, or even better, somewhere else. Anywhere, really. Anywhere but here.

A dark cloud passed overhead, and the air around Perkins grew darker.

He vaguely became aware of some change off to his right, and he turned his head in that direction.

A great circular patch of the earth was glowing a very faint green, the closest point of the circle being just a few feet away from the jeep.

Perkins got out of the jeep and walked around to the edge of the circle, which looked to be about sixty feet in diameter.

He dropped his cigarette to the dirt and ground it out with the sole of his shoe. Then he squatted down and reached over to touch the glowing emerald earth with his index finger.

The tip of his finger sizzled and he sprang up with a yelp, dancing around holding his wrist and whining to the uncaring desert and hills and to the thousands of stars that stared down blankly in the shifting spaces between the dark night-time clouds.

On the TV set in Paco’s room a flying saucer slowly emerged from an opening in a much larger flying saucer somewhere in space with a very large moon in the background.

Paco and Derek still sat on the rug, and Captain Pym and Colonel Masterson stood just inside the open door.

Pym re-lit his pipe, puffing more smoke into the room, but not appreciably contributing to that cloud which was so thick it didn’t seem able even to escape through the doorway.

“So you’ve neither seen nor heard anything unusual tonight,” he said. “Nothing out of the way or extraordinary.”

“That’s right, your honor,” said Paco. “Nothin’. Just been me and my compadre here all night, layin’ back, bein’ cool.”

“You want a hit of the sacred weed, Admiral?” asked Paco, proffering what was left of the joint.

Perkins loomed up into in the doorway, holding his right wrist and looking more pale-faced than usual.

Perkins held up his right index finger. Even in this dim light it looked exactly as if he had just dipped it into a restaurant deep-fryer turned up to the absolute highest setting. Tears glistened in his eyes.

Perkins turned and pointed outside with his burnt finger, which was so swollen that it almost looked like he was pointing with a hot dog.

Masterson and Pym came over to look, and Perkins stepped aside. He glanced at Paco and Derek, but saw no succor from that quarter, nor was he offered any at this juncture.

Standing awkwardly side by side, the burly Masterson and the slender Pym looked out at the yard and saw nothing they hadn’t seen when they entered onto this barren property.

“What the flying fuck is it, Perkins?” said Masterson, trying not to sound scared. “I don’t see a damn --”

Another dark heavy cloud approached and spread its shadow over the land, and as the darkness glided past the jeep the ground beyond it began to glow in its shade, a soft green that grew quickly brighter and into the shape of an enormous disc on the ragged ground.

The cloud passed, and with it its shadow, and the glowing circle faded away inch by inch and then was gone, like an emerald moon obscured by a cloud.

“What the fuck,” said Masterson.

“Don’t worry,” said Pym. He looked at his pipe. It had gone out again. “You’ll live. You’ll probably lose that finger but you’ll live.”

“Oh. Good,” he said, without stuttering.

Pym knocked his pipe against the door jamb, looked into the bowl to make sure it was empty, then dropped the pipe into the side pocket of his top coat.

“Tell me,” said Pym, “that place where you saw the army truck disappear -- is it far from here?”

Paco and Derek had returned their attention to the TV set, and to the black-and-white flying saucer flying through space and heading for what looked like the planet earth.

(Continued here. Kindly turn to the right hand side of this page to find a complete listing of links to all other possible episodes of Larry Winchester’s A Town Called Disdain, all contents vetted and approved by the Wasilla Chamber of Commerce.)

The curiouser this gets, the more inevitable it feels.

I'm starting to suspect that Larry might have a plot here after all!

What a great photo up top!

A very weird year, Manny. The number one song of 1969 was "Sugar, Sugar" by the Archies.

You made it for the absolute tail end of the 60s, JZ.