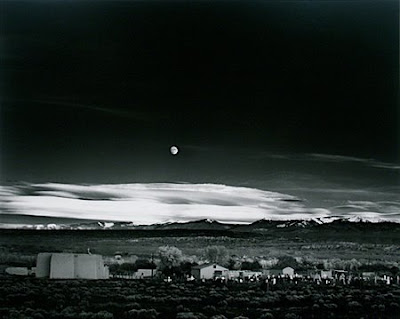 Master novelist (and bon vivant) Larry Winchester now returns to a couple of his more beloved characters whom we haven’t seen in a month or three: the town physician Doc Goldwasser and rancher Big Jake Johnstone…

(Go here for our previous chapter, or here to start the whole damn thing.)

Roger Miller’s “Dang Me” came on, and the Doc reached over and switched the car radio off.

“Dang me!” he sang. “Dang me!” And then he took a good draw on a fat Monte Cristo with the ring still on it.

The top was down, the desert sky was bright with stars.

The Doc pressed in the dashboard lighter and took a pack of Old Golds out of his side jacket pocket.

Up ahead a couple of miles lay the dark, never-lived-in Atomic Town, or what remained of it after that H-bomb test back in ’59 followed by years of pillaging from locals unafraid of or ignorant of the perils of radiation.

“Oughta take a rope and hang me!” sang Jake.

The Doc stuck a cigarette into his mouth and waited for the lighter to pop.

“Hang me from the fuckin’ highest tree!” sang Big Jake, and he reached down into the footspace and came up with a pint can of Pabst Blue Ribbon. Holding the red leather-covered steering wheel with his elbows he pulled the pop-top and white beer-foam sprayed up and all over his fat gut. He pulled his arms away from the wheel and the Cadillac swerved out into the desert.

The Doc grabbed onto the dashboard.

Jake let out a whoop and grabbed the wheel with his left hand while pouring beer into his wide-open upraised mouth with his right hand.

Wiping his mouth on his embroidered cowboy jacket sleeve he wheeled the bucking and rocking car back onto the road without taking his foot off the gas pedal.

“Don’t you worry, Doc. What we gonna run into out here, anyhow? Some li’l ol’ kangaroo rat maybe? Naw, even them kangaroo rats don’t live out chyere.”

Jake’s accent had gotten progressively thicker all night, just as it always did after the first beer (and this was his ninth or tenth plus a couple or three whiskeys), forget about the fact that his old man had sent him to Andover for prep school and Dartmouth for college.

The Cadillac’s headlights now faintly illuminated the white husks of the outlying houses of the Atomic Town.

“Hey, Doc, whatcha gonna do we find that flyin’ saucer?”

The Doc had his fingers on the lighter handle, and now it finally popped.

“I’m gonna ask the spacemen to take me with them,” he said.

He lit his cigarette and put the lighter back into its socket.

“Hey, Doc,” said Big Jake, his whole life he’d never been able to keep his mouth shut for thirty seconds straight and he wasn’t about to start now, “hey, Doc, ya ever just jump in the jeep and take a joyride out here, you know, just for the hell of it like?”

“No,” said the Doc, not bothering to say that he never went anywhere just for the hell of it.

“I do,” said Big Jake. “I like to drive out here sometimes. Look at the empty houses. Empty church. Empty town hall. Empty streets and town square. Quiet as hell. Empty fuckin’ desert all around ya. Kinda like a vision of the fuckin’ end of the world.” He took a long draw on his fat cigar and then let the smoke trail slowly out the side of his mouth and over his shoulder and off into the night. “The fuckin’ end of the world,” he said again.

The Doc always avoided looking at Big Jake if he didn’t have to but now he did, for a second or two anyway.

“Oh, I got my poetic side,” said Jake, and then he broke into song again. “Dang me! Dang me! Oughta take a rope and hang me! Hang me from the highest tree!”

The Doc reached over and turned the radio back on. Tom Jones came on, singing “The Green Green Grass of Home”. The Doc turned the dial and then it was “Sugar, Sugar” by the Archies. He switched the radio off and then he flinched and grunted in pain, just as if he’d been struck in the back of the head with a lead pipe.

“Fuck,” he said, putting his hand behind his right ear.

His face tight and pale as paper, the Doc tossed his cigarette out of the car, reached into his inside jacket pocket and took out the small brown medicine bottle. He struggled with the cap.

Finally he got the cap off, he lifted the bottle to his mouth and took a good gulp. He held very still for a few seconds, his eyes closed. Then, his eyes still closed, he re-capped the bottle and lowered it to his side. His face was still tight, but now he opened his eyes. He began to breathe deeply and slowly. He put the bottle back into his jacket pocket.

Jake drove on, closer to the town, humming “Dang Me” to himself.

The Doc put his hand behind his ear again.

“You got that ringin’ in your ear now, Doc? That there what is it -- tetanitus? Titannicitus? Tintinnicitus?”

Jake’s Cadillac now entered the dead and empty streets of the Atomic Town. The windows of the houses and buildings were black and gaping and rimmed with jagged shards of blackened glass, tendrils of ancient shredded curtains undulating in some of them like the hair of drowned old women. Not a single door stood in any doorway, all of them either destroyed by the blast or stolen by looters. A few tumbleweeds blew sadly along the streets but there was not a single specimen of living plant life, not a single desert weed.

Jake slowed the car down, the better to appreciate the sepulchral stillness and devastation of the town.

“Funny,” he said. “Build a whole town just so you can destroy it. Just like everything else in the universe when ya stop and think about it. The good Lord created it all and in due time He in his infinite wisdom will destroy it all, along with you, me, and ever-body else including all the little beasts and children, God love ‘em.”

He glanced over at the Doc, who still held his hand over his ear.

“You sure that ear ain’t still ailin’ ya, Doc?”

“Then why you holdin’ your hand on it?”

“No shit. What these voices sayin’?”

Suddenly Attie and Cleb Parsons came wheeling out of a side street on two old bicycles and into Jake’s headlights. Brother and sister both glowed a faint green in the bright light, as did their bikes.

“Now what them two kids doin’ way out here on their bikes?”

(Continued here. Kindly turn to the right hand side of this page to find an up-to-date listing of links to all other possible episodes of Larry Winchester’s A Town Called Disdain™, soon to be a major motion picture from Larry Winchester Productions, starring Kirk Douglas as the Doc and Andy Devine as Big Jake.)

In those days, I've always imagined poets were held in more esteem. Even Big Jake respected, no, prized, his poetic nature.

Andy Devine with the Kirkster - this is a movie I must see.

But first I gotta get some really good weed.

Nice to have plenty of room to drive around drinking. Hard to find those places these days.

Kathleen, poetry can find itself in the most unlikely of vessels -- thus Big Jake.

Goodtime: you and me both.

Manny, I hadn't really thought about it until you brought it up, but how great is it to drive around where there is absolutely no traffic at all -- barring the occasional flying saucer of course.