“A Town Called Disdain”, Episode Ninety: in which Frank makes a proposition... 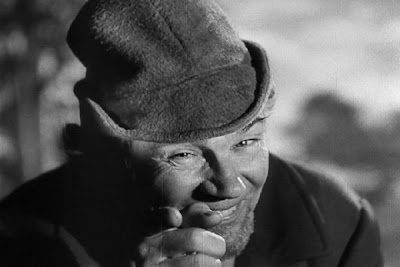 Previously in our exclusive serialization of the “director’s cut” of this unqualified masterpiece from the inexhaustible Remington portable of Larry Winchester (“The one writer who makes Philip K. Dick seem normal, who makes Melville seem shallow, who makes Proust seem terse” -- Harold Bloom), Frank revealed to our heroes that Confucius, the Buddha, Jesus, Gandhi, and Dr. Martin Luther King, Jr. had all been abducted by his alien race, the Swampoodlers, who had “planted in their brains these lovely ideas, whose import boiled down was really just: hey, don’t be a fucking asshole all your life. That’s all. Simple message…”

“Okay,” said Dick. “Fine. So why are we here? Because if we’re supposed to set up some new religion or what-have-you I think you might have the wrong people.”

A smattering of laughter made its away around the Rat Pack.

“Y’know, fellas,” continued Dick, getting just a little bit pissed off, “I like to think I can take a joke with the best of them, but -- Jesus Christ --”

All the Rat Packers chuckled again, except for Joey, who said, “Hey, relax, pal! Wait’ll you hear our proposition.”

Just then Johnnie Ray came to the end of his act. He thanked everyone very much for being such a lovely audience, and he sent out a special hello to Frank and Dean and Joey and Sammy and Peter and Richard Conte and their charming guests. The band played him off the stage, and then segued into a steaming but cool jam of “Fernando’s Hideaway”.

“To put it bluntly, my friend,” said Frank, “we would like to offer you good people a piece of the territory.”

“Why, the Earth of course,” said Frank.

“Someone needs to take control down there,” said Frank. “Of course we’ll back you up. Spaceships, death rays, mass hypnosis -- whatever you need, all you gotta do is ask. And it goes without saying we will grant you virtual immortality on the physical plane -- barring unforeseen severe accidents, of course.”

Dick was the first to reply, after a pause.

“Frank, with all due respect, is this a joke?”

“No joke, my friend. For many years we have had our eyes on you three. And on the lovely young Hope too of course and what a shame she could not be here tonight.”

Harvey tapped a cigarette on the edge of his ashtray and muttered under his breath:

“You see, my friends,” said Frank, “not only have we have been monitoring your progress for years, we have also on occasion done what we could to assure your progress. Harvey, it was no accident you broke your leg jumping out of that chopper, or that you just happened to burst in on Major Green doing the dirty with that nurse, thereby assuring that you would be relieved of all future combat duty.”

Dick and Daphne stared at Harvey quizzically. He would have to explain it all to them later, or let them read his memoirs.

“And, Dick,” continued Frank, “and you, Daphne -- I mean, not to take anything away from you guys, did you think it was just luck -- not to mention your not inconsiderable resourcefulness -- that you two have slipped through all those jams of yours unscathed? Brawls, shoot-outs, riots, revolutions, wars? Why do you think we arranged for you two to come to New Mexico? Why did you hook up with Harvey, and Hope? Yes, my friends, you three, with the aforementioned Hope, are the most advanced humans -- or in your case Mrs. Ridpath, half-human -- on your planet. You mentioned royalties before, Mr. Ridpath. Well, perhaps it’s only fitting that you very wonderful and may I say magnificent people should be the new -- and you should forgive my choice of words here -- the new and very all-powerful Royal Family of the Earth! And, may I say, your children, who I am most sure will be just as beautiful and talented as you good people -- starting with the child that you, Mr. Ridpath, have engendered in the aforementioned very lovely and nubile Miss Hope Johnstone --”

“Oh, I’m sorry, Mrs. Ridpath; you were not aware of Mr. Ridpath’s and Hope’s little tryst the other night --”

“Please Mrs. Ridpath,” said Frank, “do not be jealous. Dick didn’t know what he was doing.”

“In your sleep,” said Frank. “Along with Hope. And under hypnosis we had you two shall we say make like the beast with two backs.”

“Like I said,” said Frank, “you were both hypnotized. Please do not hold it against Dick, Mrs. Ridpath. You see, we had to see if he and Hope were compatible. Because it’s all part of the master plan, to breed a new Royal Family of the Earth. We hope that you, Mrs. Ridpath, and Harvey also will be willing to -- um, oh how shall I put it --”

Daphne grabbed her purse, tossed her cigarette case and lighter into it, and stood up.

She turned and walked off through the tables.

Dick quickly jumped up, not forgetting to pocket his own cigarettes and lighter, and hustled over to catch up with her and take her arm. She stopped, and fixed him with her flashing hazel eyes.

She continued to look at him for a long moment. In the background the band was now playing “Caravan”.

“These people stink, Dick,” she said. “And I think their whole set-up stinks. And I don’t want any part of it. I want to go home. I want to go back to the earth.”

She paused again, then gave him a quick kiss on the cheek.

“Oh, just wait till I get you home, mister.”

Harvey had gotten up also, and he came over to them.

“You guys ain’t leavin’ without me,” he said.

Without looking back they walked on through the crowded room to the entrance. They came to the maître d’s stand, where Henry Silva stood very seriously with his arms folded, but before they could go past he came out from behind his little podium, blocking the path to the exit.

Henry held up his left hand.

With his right hand he unbuttoned his tuxedo jacket, revealing the butt of a pistol protruding from his red cummerbund. He put his hand on the pistol but did not draw it.

Frank and his friends had all gotten up from the table and followed close behind Dick and Daphne and Harvey.

Dick looked from Henry back to the Rat Pack, who were all spread out in a semi-circle about six feet away.

Daphne opened her gold lamé purse and looked into it.

“That’s it,” said Frank. “Have a cigarette. It will calm your nerves. Soothe your hurt feelings. Okay, I’ll be the first to admit, maybe we were just a bit out of line. You know, hypnotizing Dick and Hope and all, and having them, uh --”

Daphne stuck her hand into the purse.

In a fluid half-second Daphne drew Dick’s Smith & Wesson Airweight .38 out of her purse, cocked it, and laid its muzzle right in the center of Frank’s broad forehead.

(Click here for our next thrilling chapter. And kindly turn to the right hand side of this page for a complete listing of links to all other possible episodes of Larry Winchester’s A Town Called Disdain™, soon to be a major television mini-series event starring Tori Spelling, Shannon Doherty, Jason Priestley, and Luke Perry. A David Susskind Production.)

And now if you please, welcome back to our stage the very talented Miss Helen Shapiro:

For a moment, Larry had me wondering if I should start carrying a gun. Even though I hate guns.
The song reassured me, though. Fiction might be truer than non-fiction, but it's still fiction, and there's a reason I hate guns.

Kathleen, as long as you don't get abducted by aliens disguised as Frank Sinatra and the Rat Pack, I suspect you can get along fine without carrying a gun.

I'm going to play it safe, Dan, and assume that hasn't happened to me. But frankly, abduction, hypnosis, and induced amnesia would explain a lot.

That Daphne has bigger cojones than the whole pack of them.

Dig it, Manny. Daphne's a mensch.