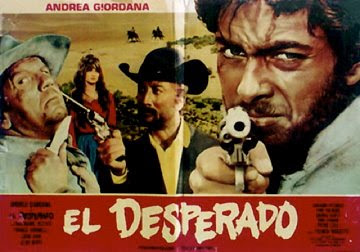 Master novelist Larry Winchester returns us once again to those thrilling days of yesteryear, September 1969 to be exact.

Woodstock, the Moon landing and the Manson murders have all gone down the previous summer, while “Sugar, Sugar” by the Archies continues its relentless climb to the top of the pop charts.

It is not quite midnight, not too far from a town called Disdain...

Grupler was determined to bring matters to a head, and tonight if possible.

Caution and planning and chess-like mind games were all well and good in their place but when it came right down to it what Grupler and Marlene really loved was action, violent brutal action.

Certainly they loved money, but they loved it all the more through getting it by intrigue and treachery and murder, and no sooner would they make a big score than they would blow it on fine hotels, caviar, cocaine, champagne, high-stakes gambling and squalid affairs with beautiful languid young persons found sipping absinthe and smoking Silk Cuts in some chic café or lounging on some financially if not socially exclusive beach; and oh how many of these lovely young creatures would soon after be found washed up liked used condoms on that beach at dawn? Thus sated and refreshed, blood money spent, Grupler and Marlene would set out gleefully and hungrily on the plunder trail again.

They had been trailing the Ridpaths for two weeks now, watching, listening, biding their time, waiting for the propitious moment, but now they had wearied of all that. And besides, too many players were crowding the stage. The two CIA men -- Philips and Adams -- had been trailing Grupler and Marlene since San Francisco; Grupler was fairly sure Philips and Adams would not make a move until they thought they were sure exactly what he and Marlene were up to; but he was not quite so sure about this nice new couple, these “Baxters”.

No matter, the time for sophistication was over. It was time for mayhem. They would do some killing.

Hans and Marlene had parked the Range Rover behind a big barrel-cactus on a rise overlooking Paco’s Quonset hut and its little private cemetery of disemboweled cars. When they heard the Baxters’ car approaching they hid behind some rabbitbrush and watched as the Baxters’ car stopped and the young couple got out and came slowly up the hill, following the tracks of the Range Rover.

Mr. and Mrs. Baxter each had a pistol in hand.

So did Grupler and Marlene.


The coyotes started up their howling with the first shots and they were howling still as Grupler examined the dead couple’s credentials by the light of his penlight.

Grupler’s nostrils flared with pleasure at the smell of fresh blood in the pristine desert air and he felt full of life.

Then there was another sound and Hans and Marlene turned and saw Philips and Adams’s dirt bikes sputtering up the road down below.

Hans flicked off the light.

“Let’s use the dead ones’ pistols,” he said.

“This is fun,” said Marlene. It was true, for all Grupler’s faults she loved him in moments like this.

They snatched up the Baxters’ pistols and scurried back behind the bushes.


Philips and Adams stopped their bikes by the Baxters’ car. They looked up the hill and saw what looked like two dead bodies.

“All right,” said Philips, “let’s get to the bottom of this.”

“Right,” said Adams, drawing out his pistol and racking the slide.


They had no sooner realized that the two people they found lying on the hill were the Baxters and that they were indeed dead than they were dead themselves.

“So sad,” said Grupler. “A regrettable instance of U.S. government agencies not working fully in concert.”

Hans and Marlene kept Philips’ and Adams’s guns and ammunition, and started down the hill on foot toward Paco’s house.

The coyotes had never stopped howling, and they didn't stop howling now.

(Click here for our next thrilling chapter. And kindly turn to the right hand side of this page for an up-to-date listing of all other extant episodes of Larry Winchester’s A Town Called Disdain™.)

And now some music from Ennio Morricone:

Quite a bit of bloodshed in your story. Things are starting to come to a boil. This has nothing to do with your blog, or stories or the movie intro with Lee van Cleef, but I'd like to take the opportunity for all of us to take a moment of silence for the passing of Richard Widmark. he was one of the great ones, whether he was playing Tommy Udo, Jim Bowie or Madigan.

How right you are about Widmark, Tedster. Tommy Udo -- what a way to kick off a movie career!

I'm sure that if the film version of A Town Called Disdain had been made in 1956 Larry Winchester would have been glad to cast Dick Widmark in the part of Dick Didpath.

I don't think Peyotito responds well to bloodshed. No wonder Paco's so leery of uninitiated guests.

Kathleen: yeah, talk about a buzzkill...

Blood is good for desert life, especially when its from these four characters, I was having a tough time keeping track.

Anon, trust me, readers from all quarters of the blogosphere are breathing a great sigh of relief at the prospect of four fewer characters to keep track of in Larry's sprawling epic.