“A Town Called Disdain”, Episode 54: what a girl 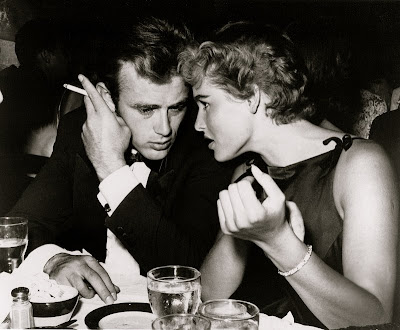 Deftly Larry Winchester now switches back to the inimitably suave voice of that man of mystery Dick Ridpath as the tension builds in our serialization of this sprawling (and Rite Aid Literature Prize Third Place-winning) epic...

The night was growing cool, so I went back upstairs to grab us some outerwear. Took off the tweed jacket, opened up the big canvas Asprey’s suitcase, dug my old pea coat out, threw that on. Stood there a moment, then took the bullet-ridden transistor out of the tweed’s pocket and dropped it into the left side pocket of the pea coat. Took the .38 out of the tweed’s other pocket, weighed it in my hand for a few seconds. Laid it down and took the Hi-Power out from under the mattress. I had a fresh loaded clip in it, thirteen rounds. I stuck it in the right pocket of the coat. I knew we were only driving out to the Indian reservation, but still...

I got the red trench coat Daphne had asked for, then paused again. I took the little .38 off the bed and put it in the right hand pocket of the trench coat for her. The way things were going lately it seemed like a good idea, and as she had proved earlier that day with that rattlesnake she’s an excellent shot and a very cool head.

Saw her shoot a guy with that pistol once. This was in Bangkok, back in ‘66 I think it was. Very nasty scene outside this den of iniquity. I won’t go into the whole thing but I had accused a local of using loaded dice in a crap game and the upshot was I’m being absolutely pummeled senseless by four or five kick-boxers in a dark alley outside this place. Well, Daphne, no screaming or shrieking for her, she just whips that little Smith out and fires a warning shot into the wall to get their attention. This one tough guy doesn’t care, he rears around to throw a kick at her and she calmly put one right into his chest, knocking him back against the wall. The other guys couldn’t believe it, they all turn and hightail it out of there. The shot guy couldn’t believe it either. He just stood there against the wall, holding his chest, the blood pouring through his fingers. I got up off the cobblestones and Daphne pulled me away and out into the street. We caught a cab and told the driver the name of our hotel. Daphne made me promise not to make an ass of myself in foreign gambling dens. I promised. In the hotel lobby Daphne took two bellboys aside, sent one out for some iodine and Band-Aids, and told the other one to bring us up a bottle of Boodles and some ice. Then we went upstairs and she ran me a warm bath.

One in a million that girl.

(Click here to experience the magic of our next thrilling chapter. And go to the right hand side of this page for up-to-date listings of all other extant episodes of Larry Winchester’s A Town Called Disdain™, a Quinn/Martin Production.)
And now a brief word from Mr. Reg Presley and the Troggs:

The Troggs are an excellent choice here, so was the song because if you would have gone with "Wild Thing", it might have come off as too cliche. Ah, the good old days.

By the way, when I was searching for the appropriate clip I came across something called "The Troggs Tapes" which is basically the Troggs behaving in the studio in a way later immortalized by Spinal Tap.

but it's available elsewhere in streaming form, and there's also a transcript here:

Manny, as the young people say: Daphne got it goin' on.

Anon: So, so rocking. Thanks, dude.