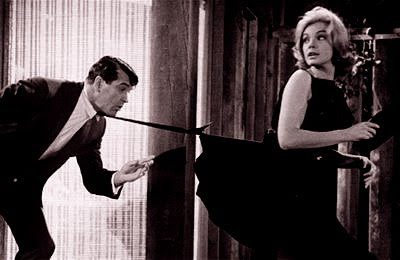 The time: a sultry August night in that forgotten year of 1963.

The place: the screened second-storey porch of the Biddle residence, a large Victorian house (built by Frank Furness) in the quaint seaside resort of Cape May, NJ.

Arnold Schnabel, the author of these K-Mart Award-shortlisted memoirs -- that brakeman, madman and poet -- sits at one end of the porch glider, with his inamorata Elektra on his lap. Squeezed in to Arnold's right is the novelist Gertrude Evans; next to her sits Arnold's friend Steve; and by Steve's side sits his date, the artist Charlotte Rathbone.

Arnold has just had (unbeknownst to the other guests at the party) yet another of his occasional conversations with his very personal lord and saviour...

Now however I had a new problem, viz., my right leg had fallen asleep and the other one was heading there. And as much as I marveled at the impossibility made real of a young and beautiful woman actually sitting in my lap, the bald fact was that Elektra, although a small woman, was still nonetheless cutting off the circulation in both my legs.

Elektra and Larry had started talking about another one of this Godard’s movies, I didn’t catch the title.

I wanted just to lift her gently up off my lap, but of course I was too shy to do so, or to say anything. I might mention here that perhaps one cause of my paralysis of will was the fact that Larry had taken out a small porcelain pipe and filled it with what he said was hashish, and that I had partaken of it.

The pipe made its rounds and eventually Elektra handed it to me again, Larry lighted me up with an expensive-looking silvery butane lighter and I duly dragged away, wondering if it were possible to get gangrene from having a girl sit on your lap too long.

What would it be like if I had to have my legs amputated?

On the plus side I wouldn’t have to go anywhere.

On the negative side I wouldn’t be able to go anywhere, except in a wheel chair.

All in all therefore it seemed like a good idea to lift Elektra up, and after passing the pipe along to Larry I was gearing myself up to do this when I felt something on the side of my leg. At first I thought it was a bug, but looking down I saw that the fingers of Miss Evans’s hand were caressing my thigh. I looked up at her face, but she was looking right past me, at Larry, apparently following the conversation he was having with Elektra. Looking past her I saw with some relief that Jesus had now transmogrified back into good old Steve, who suddenly said to me, “I don’t like foreign movies! Do you, Arnold?”

“I never really thought about it,” I said. And why would I have, since except for the odd Godzilla movie and some Hercules movies with Steve Reeves, and the occasional English Fankenstein or Dracula movie, I’ve hardly ever seen a foreign movie.

“You’re such a philistine, Steve” said Miss Evans, who was sucking on the hashish pipe now.

“I am not!” said Steve. “I just don’t like to read while I’m watching a movie. Is that so horrible?”

“You have no culture,” said Miss Evans, now blatantly caressing the underside of my thigh with at least four of her red-tipped fingers. The funny thing was that I could barely feel her fingers because my thigh was asleep. “What about Ingmar Bergman?” she said.
“He’s one of the greatest artists of the 20th century.”

“Oh my God,” said Steve, grabbing the pipe out of her hand, “I saw one of his movies once. It was the dreariest thing I’d ever seen. I wanted to kill myself after it. Instead I just had a cocktail and then I was fine.”

“You’re mean,” he said sucking away on the pipe. “Charlotte,” he turned to Miss Rathbone, who was vaguely staring at Sammy, who was singing a song about a new dawn and a new day. “Did you hear what she said?”

“Gertrude says I have no class.”

“I never said that,” said Miss Evans. I could see that she was fully gripping the underside of my thigh now, but my leg was so numb it was like looking at someone else’s leg.

Larry and Elektra were still holding their own conversation through all this, still talking about French movies.

“At least I’m not a pseudo-intellectual,” said Steve.

“Steve,” said Miss Rathbone, “you’re not any sort of intellectual.”

“Well, that’s true,” said Steve. “And look at your hand, missy,” he said to Miss Evans, “all over or should I say under Arnold’s leg.”

“What?” she said. She looked down and saw her hand attached to my leg like a starving leech. “Oh.” She let go. “Sorry," she said to me, "I was not aware.”

Elektra twisted on my lap.

Elektra simply took the hashish pipe from Steve, turned back to Larry and continued her interrupted conversation as Larry lighted her up with his lighter.

I listened to Sammy sing.

Both my legs were more or less completely numb now, my brain a little less so.

(Click here for our next thrilling chapter. Accompanying photo by the great Leo Fuchs. Kindly turn to the right hand side of this page for an up-to-date listing of links to other exciting episodes of Arnold Schnabel’s Railroad Train to Heaven™, soon to be a major television event in fourteen episodes, brought to you by Masterpiece Theatre in association with The National Endowment for the Arts, Pep Boys, and Pall Mall Cigarettes.)

Jesus must stash Steve someplace out of ordinary time in a way no one notices but Arnold. Because if Steve were holier than the average mortal, the women wouldn't act so cruel. Even in scripture only men torture Him.

Kathleen: Steve, Gertrude and Charlotte are starting to remind me of the Three Stooges.

Anon: hey, thanks for that Wiki link!

Funny, I don't remember the Three Stooges talking about pseudo-intellectuals or any other kind.

Funny, I don't remember the Three Stooges talking about pseudo-intellectuals or any other kind.

It was merely implied.

This image as well as many other of Rock Hudson was taken by Leo Fuchs (www.leofuchs.com) and is available for sale at the Helios Gallery. We have modern reprints, limited edition prints and vintage prints of Rock Hudson in some of his best moments on and off the set, in real life and in films like Lover Come Back, Man's Favorite Sport, Strange Bedfellows, The Spiral Road, A Very Special Favor, Come September and Pillow Talk, He is so beautiful in those films.

Helios, thanks so much for the info!