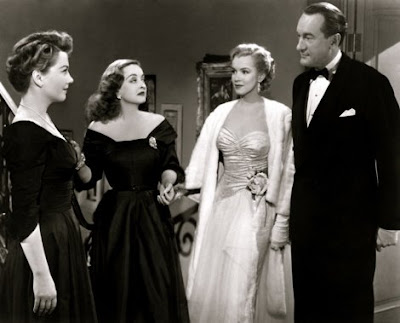 We return to Larry Winchester’s masterpiece, in medias res, with Daphne’s father “Mac” MacNamara accusing Frank of some very coldblooded machinations as the gang all sip their cocktails in the flying saucer as it hurtles through space.

(A passing familiarity with our previous episode will make this one slightly less incomprehensible, if no less preposterous.)

“I wonder what your next step was going to be, Frank? The Home Office had already approved my basic plan, so you would have to do something cute, something that would not only get rid of Daphne and Dick and Harvey, but that would make the whole idea of giving humans autonomy look like a mistake -- maybe something involving that little worm Pym?”

Dick, who was in the midst of raising his martini to his lips, paused.

“Hey, Mac,” said Frank, refilling his own martini glass and spilling some more gin over the counter, “guess what? Real life is not a Quinn Martin Production, and you are full of shit.”

Brad stubbed out his cigar, got up with his empty glass and headed for the bar.

“No, you clam the fuck up, motherfucker. And let me get some of that gin before you hog it all.”

Brad shoved Frank aside, Frank stumbled, trying to keep his drink from spilling.

“Asswipe,” he muttered, but not too loudly, as Brad was much bigger than he.

Brad poured himself a drink, properly using a long cocktail spoon to prevent the ice cubes from plopping into his glass.

“I been eatin’ your shit for over two thousand years now, Frank, and I’ve had it.”

He took a drink, savored it, put the glass down on the counter and took out a pack of Old Golds.

He stared at the pack.

“Look at this shit, I just finished a cigar and now I’m grabbing a cigarette. This is the nerves I got from working this job.”

He shook one out, took out his gold-plated lighter, and lit up.

Mac shook his head, took his drink back over to the command console and sat down.

“I heard what you said to Henry when you came in the casino tonight, Frank, and I quote: ‘These humans get outa line, don’t be afraid to use your piece. They ain’t gonna be around too long anyhow.’ End quote. I heard you, Frank. That’s your problem -- no, excuse me, that’s one of your fucking problems -- you got a big fuckin’ mouth, Frank.”

He picked up his martini, took another drink.

Back in Paco’s little tin house, watching this go down on the little black-and-white Philco, Derek said, “Fuckin’ A, man.”

“Right on, Brad,” said Paco, and he passed the joint to Derek.

Frank, sweating now, had returned to his seat. He put his drink down and took out his gold cigarette case, clicked it open, took out a cigarette, snapped the case shut and tapped the cigarette on its lid.

Frank finally got tired of tapping his cigarette, and lit it up with his thin gold lighter. Everyone was looking at him. Even Buddy turned away from his controls for a moment and stared at him.

“Whatever. Possibly I might have found it necessary to bump off these admittedly very resourceful and talented people here and run the the Earth operation my way -- which, if you will grant me, for argument’s sake, is undoubtedly in fact the right fuckin’ way -- grant all that. Granted, let’s say. Okay. But. Answer me this, Mister MacNamara: just what the fuck do you intend to do now? You’ve fuckin’ hijacked a government saucer, kidnapped me, who by the way is still in command of this Earth operation, plus this jamoke --” he indicated Brad with his cigarette. “Just what the fuck you think you’re gonna do now?”

Buddy checked a gauge and flicked a switch.

A high-pitched noise came from somewhere.

“Two minutes till we engage the Woofer, Major!”

“Okay,” said Mr. MacNamara, swiveling around in his seat to face the console. “Everybody grab a chair and fasten your seatbelts. This part of the ride gets bumpy sometimes.”

“If you ask me,” said Daphne, “this ride has already gotten a bit bumpy.”

The shrieking noise continued as Dick took the seat to Daphne’s right, one empty seat away from Frank, and Brad finished his drink and came over and sat to Frank’s right.

Everyone started to buckle up.

(Continued right here. Please look to the right hand side of this page to find an up-to-date listing of links to all other published chapters of Larry Winchester’s A Town Called Disdain™, a Quinn Martin Production.)

Such great dialogue: I used to think only my family talked like that during our Thanksgiving celebrations.
But what I like best here is how once creatures from another dimension and/or humans decide to be honest, the excitement cranks up a few notches. Since tact or delusion or pretense is the norm, an honest conversation can border on thrilling.
Do you think Paco and Derek heard the whole thing, or were certain words bleeped out?

Is Buddy about to play some Jimi Hendrix?
Great musical clip, by the way! That's greaser music.

Kathleen, I think Paco and Derek are getting the "uncut version" on Paco's little black-and-white Philco. I wish I could get it on my TV...

And, Manny, when Buddy turned that last dial I think he was just about to get a station playing the Premieres' "Farmer John". Which I wish I could get on my radio.

Dig it the most.