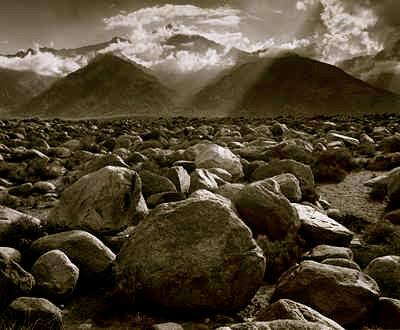 Previously in our unexpurgated serialization of Larry Winchester’s epic (click here for Larry’s updated profile), the honorably discharged young soldier Harvey returns from Vietnam to his hometown in the New Mexico hinterlands, kills a man in self-defense, and is immediately hired by the dubietous local rancher Big Jake Johnstone to act as guide for the mysterious and glamorous Dick and Daphne Ridpath (AKA “Smith”). By Harvey’s third day back, four more people and one rattlesnake have died unpleasant deaths.

(This episode rated IP for Impossible Plotting. Do not read while operating machinery or electronic appliances.)

He had heard the gunshots way off in the distance but had not seen the shooting.

Hidden behind a cactus at the top of a hill Philips watched as “the Feldschmitts” remained on the butte for twenty-one minutes after the shooting stopped.

Then he saw the Smiths and that ranch hand riding past the butte back in the direction of the ranch. They rode at a leisurely pace.

Nineteen minutes later Grupler and Marlene climbed down from the butte, got into their Range Rover and continued along the route the Smiths had taken. Philips picked up the vehicle’s tracks and followed at a discreet distance. Then he heard what sounded like a pistol shot. He noted the time in his notebook and continued to follow.

He came to a place in the desert where it seemed the car had stopped and where, judging by the groupings of hoof prints and by some ploppings of horse-feces, the Smiths and their guide had stopped as well.

He noticed a dead snake which looked like a rattler with its rattle cut off. He got off his bike, and, picking up and examining the snake he saw that it appeared to have been shot between the eyes. He got down on his hands and knees and found the spent slug, a .38 or .38 Special. He put the bullet into a plastic evidence bag and then looked around for other evidence, walking in a slowly widening spiral from where he had found the snake.

Suddenly he felt faint, and he stopped.

He breathed deeply, feeling cold sweat on the nape of his neck. He looked up from the ground, trying to dispel the dizziness. The world suddenly looked horribly enormous, while he was horribly small, and he felt terribly alone.

A red sun burst through the slate-colored sky.

The sun began to move around in a circle, Philips heard several billion voices laughing, crying and singing, and then the earth rushed up and slammed into him.

He felt he had only been unconscious for a few seconds. He breathed deeply a few times into the earth and then pushed himself up into a sitting position, wiping the silica-tasting dirt from his lips. He looked up and the enormous sky was completely overcast again.

Philips took out his notebook and made a few more notes, then he got up and brushed himself off.

(Click here for our next exciting chapter. And check out the right hand column of this page for links to other episodes of Larry Winchester’s A Town Called Disdain. You’ll also find listings there of reviews of many of Larry’s classic films, many of them available at fairly reasonable prices on eBay.)
Posted by Dan Leo at 3:56:00 AM

One of my favorite cowboy songs, this one and El Paso by Marty Robbins.

"The sun began to move around in a circle, Philips heard several billion voices laughing, crying and singing, and then the earth rushed up and slammed into him."

Ah, "El Paso", definitely. Another great one by Marty Robbins is "Streets of Laredo":

Thanks, Anon. Larry appreciates your appreciation.

I'm getting confused. Special Agent Philips has nothing to do with the stuttering Lt. Perkins--or does he? Military missions and who orders whom often elude me. I except the reasoning to be insane, but there's usually a chain of command. Of course, different gov. branches shun the others, but still: How many people are hunting Dick and Daphne, anyway?

You are justifiably confused; thus this episode's IP (for Impossible Plotting) rating. Not to give away too much ahead of time, Agent Philips and Lt. Philips are not in cahoots, although they are both employed by Uncle Sam.

The awful thing is that even more new characters are waiting in the green room, smoking cigarettes and mumbling their lines.