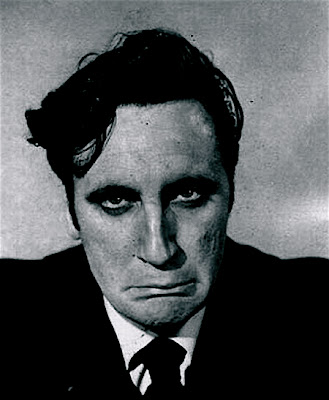 If there was one episode that sealed the doom of Phil Leotardo’s classic but short-lived series Section 20, then it was “Goodbye, Mr. Wittmar”, written by Phil Leotardo and Tommy “Legs” Larkin, directed by Larry Winchester. First shown on Oct. 14, 1961 (and never aired again, ever) this show caused such a firestorm of indignation from schoolmarms and pious bawds throughout the land that the show’s primary sponsor, Tareyton Cigarettes, withdrew its association at once, and, after Leotardo failed to attract any sponsors at all besides the notoriously pennywise Pep Boys, the show was cancelled.

So what was all the hoopla about? I recently had the pleasure of seeing this episode for the first time in Larry Winchester’s screening room at his modest but tasteful Missionary/Georgian-style house on North Ivar Avenue in Hollywood. Phil Leotardo’s son Joe has preserved pristine 35mm prints of all the epsiodes of Section 20 in a refrigerated vault in the Leotardo home on Sunset Boulevard, and it was thanks to Joe that he, Larry, Legs Larkin, and I were able to watch the film.

The show begins with one of the most excruciating scenes of pedagogic abuse that I have ever seen since my own Catholic school days. After some minor offense (some snickering, and a muttered epithet that sounded very much like “gaybo”), math teacher Mr. Wittmar (Timothy Carey), hauls wise-ass punk Joey Baldinado (Michael Parks) to the front of the class. He then pulls two 20lb barbell plates out of the drawer of his desk and tells Joey that if he can hold them, one in each hand, arms outstretched, for five full minutes, then he will avoid further punishment. If he lets the weights down before the allotted time passes he will receive ten whacks with “the boot”. He pulls “the boot” from the drawer with a flourish. It is the rubber sole of some very large man’s boot.

Joey, instead of walking right out and getting himself transferred to public school, accepts the challenge. For almost the next five minutes the camera slowly wanders over the faces of the horrified watching students, the ungodly sadistic face of Mr. Wittmar, and the sweating contorted face of Joey Baldinado. At roughly the four-and-a-half minute mark, the boy's arms slowly come down, he drops the weights and almost collapses. The merciless Mr. Wittmar proceeds to force him to bend over a desk while he gives him ten whacks on the backside, as hard as he can. Joey tries to hold it in but finally is reduced to uncontrollable sobs. Close-up on the inscrutable face of Mr. Wittmar. Cut to a Tareyton commercial.

Oddly enough, this scene of disturbing brutality -- a scene the likes of which after all was played out daily in Catholic High Schools throughout the land -- did not cause all the uproar. No, that was caused by what followed.

To put it bluntly, Joey Baldinado, while pretending to be a completely reformed teacher’s pet, plans revenge. And, with the aid of his attractive older sister (Carolyn Jones), his classmates Argus the immigrant lad (Bo Hopkins), Big Mike the big dumb football player (Max Baer, Jr.), and Crazy Eddy the crazy kid (Russ Tamblyn), Joey indeed finally exacts his revenge one night in the woods behind the school, using not only cunning and guile but a screwdriver, a bucket of wet concrete, a can of motor oil, and an abandoned manhole.

What is more, Joey and his friends and sister get away with it, a fantasy come true for every kid who’s ever been abused by some asshole sadistic teacher. A truly satisfying ending (even if it did mean writing the talented Timothy Carey out of the show) but unfortunately the always powerful legions of self-righteous assholes in this country didn’t take so kindly to seeing one of their own dispatched in such a fitting and unpunished fashion.

Once again Phil Leotardo and his collaborators had proven themselves just too far ahead of their time. Or perhaps it would be better put to say they were behind their ideal time, as certainly the Bard of Avon’s audience would have had no problems with the gruesome climax of this episode, nor with the gradually fading screams of Mr. Wittmar as the closing credits rolled beneath the strains of Henry Mancini’s cheerful theme score.


(Turn to the right hand side of this page for a complete listing of other Great Lost TV Shows.)
Posted by Dan Leo at 3:34:00 AM

Yeah, why can't we get stories of people kidnapped away into dungeons and tortured that deserve it. Just deserts is always satisfying.

It appears that you may have seen either an edited or perhaps the original version of the method revenge. The version I remember having seen included an electric wire, a bucket of water, the basement of an old abandoned rectory, and Joey Baldinado and his gang drinking a bottle of gin.