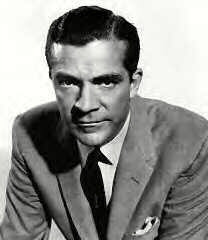 One of the most fondly remembered of Phil Leotardo’s often sadly-truncated TV series, Section 20 was another groundbreaker, paving the way for puzzlingly more-successful shows such as Room 222, Welcome Back, Kotter, and Saved by the Bell.

Phil Leotardo planned Section 20 as a four-year series that would follow the entire high school career, roughly in “real time”, of a group of students, most of them just not very bright, some of them bright but unsocialized, and quite a few both not bright and unsocialized if not downright psychopathic.

The students have all been assigned to the same homeroom in Section 20, the absolute lowest academic section in the enormous and labyrynthine Cardinal O’Moynihan High School (loosely inspired by Philadelphia’s Cardinal Dougherty High School, which did in fact employ the 20-section method). A cast of unknowns (perhaps unfortunately all of them at least 18 years old) played this hard-luck gaggle of misfit freshmen, such as: Waldo (George Chakiris), the dumb kid who wanted to be a poet, but who unfortunately could barely read or write; Argus (Bo Hopkins), the middle-European immigrant boy who was indeed brilliant but who spoke not a word of English; Terry and Jerry (Don and Phil Everly), the twins, each one dumber than the other, but who could sing a song as sweet as honey; Big Mike (Max Baer, Jr.), the big dumb football player; Joey Baldinado (Michael Parks), a smart kid actually, but too above it all to bother studying or doing homework, a real smartass who was riding for a big fall someday. Oh, and Kurt (Richard Beymer), who had previously been a smart kid but who had been hit in the head with a baseball while daydreaming in the outfield, and was now a dumb kid; and also Crazy Eddy (Russ Tamblyn), who was not really dumb, just crazy. And Albert and Tim and Sean and Bob, dumb kids.

Toss in Burl Ives as the Falstaffian principal Monsignor Meegan, Sheree North as Dana Andrews’s hot young wife who sings at the local nightclub “The Huddle”, and Marie Windsor as her wisecracking divorced older sister, and you had a cast to dream for. But yet again America proved itself not yet ready and perhaps not quite worthy of Phil Leotardo’s uncompromising vision of a post-war moral wasteland awash in greed, ignorance, and vapidity. The series was cancelled after only six episodes.

Section 20 has never been re-run, although a quite vigorous underground mob of loners buy and trade bootleg tapes and DVDs with all the zeal of Deadheads who must own soundboard tapes of every single concert (and indeed these "Section 20-Heads" quite often co-exist as Deadheads and Dungeons and Dragons Grand Masters.)


(Click here for more on Section 2o. Turn to the right hand side of this page for a complete listing of other Great Lost TV Shows.)
Posted by Dan Leo at 3:20:00 AM

You may be happy to hear that Section 20 has become a classic cult movie here in the UK. It has reached Harold & Maude status here amongst us.

I've heard this sort of thing before from my British correspondents. Apparently, just as there is a fanatical cult of American viewers willing to stay up all night to catch a once-a-year marathon of an English import like "Last of the Summer Wine", so also we have British cousins who obsessively watch re-runs not only of "Section 20" but of several other Phil Leotardo series, particularly "The McGurks of 65th Avenue", which appears regularly on Channel Four but has never to my knowledge been rerun here.

This sounds wonderful, potentially funny but also terribly sad. Hit in the head? :(

I had no idea the UK had such appreciation for our doomed good series, but it doesn't surprise me. They appreciate great TV and have the track record to prove it. I wonder if they re-run Frank's Place?

Welcome aboard, Camaspe! And, yeah, Phil Leotardo's vision could occasionally be a bit harsh. Thank God he had the good sense to put Sheree North and Marie Windsor in this show to lighten things up a bit with their wisecracks after Dana's long hard day at Cardinal O'Moynihan High.

Y'know, I just didn't watch TV in the 80s, and so I'm afraid I missed "Frank's Place", but after checking it out on IMDB I gotta say it looks like a damn good show. I will snap it up when the mysterious powers-that-be put it out on DVD. Meanwhile, yeah, the Brits are probably watching it right now on Channel Four.

Oh, PS, all you Larry Winchester fans, get your lazy asses over to the very talented Campaspe's site:

It's the best old-movie blog around, even if she has inexplicably ignored the oeuvre of our Mr. Winchester.