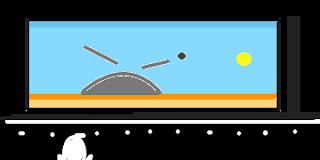 The very next forenoon, scanning the Federal-Democrat’s movie listings over chicory coffee and a butter roll at Ma’s Diner, sure enough Addison found an Audie Murphy movie playing, at a theatre called the Vauxhall on 42nd Street. The film was called Ride a Dead Horse, the middle part of a triple bill bookended by Tombstone With No Name, starring Tim Holt, and Crack of the Whip with Randolph Scott.

It was a drizzly day, grey and cold, and every single person Addison saw on the street or on the Third Avenue El seemed to have a runny nose. Election Day was tomorrow, not that Addison cared about elections. He cared only for higher things: novels, movies, music, the theatre. “I confess I should have been one of those Germans blissfully unaware of Hitler’s rise to power,” he said at least once every three days, “remaining so until I was dragged off to a concentration camp as an insufficiently ardent son of der Vaterland.”

Addison had never darkened the doors of the Vauxhall before, and he realized almost at once that this must be one of those theatres known as grindhouses or fleapits.

An ancient crone sat in the ticket booth, smoking a cigarette and reading the New Yorker.

“Anything good in the New Yorker?” said Addison.

“Somebody left it in the lobby. It ain’t exactly my cup of tea, but it’s something to look at.”

“What sort of magazines do you normally read?”

“Well, that stands to reason, you working at a movie theatre after all.”

“Yeah. You want a ticket, or are you just here to make conversation.”

Addison gave the woman a quarter and she tore off a ticket.

“May I ask you a question?” ventured Addison.

“When does Ride a Dead Horse start?”

The woman glanced at a paper on her little desk, and then at her watch.

“You got about five minutes.”

“I ain’t big on cowboy pictures.”

“Oh, no? What sort of pictures do you like?”

“Cowboy pictures is for men. ‘Cause they all wish they was cowboys. Instead of what they are.”

The woman took a drag on her cigarette before replying.

“Surely not all men.”

What else was there to say? Addison was a man, going to see a movie matinée on a Monday afternoon. He lived in a tiny fourth-floor walk-up on Bleecker, he had no job, and he lived off checks that his grandmother sent him while he supposedly worked on his book, a study of trends in Anglo-American criticism since the First World War.

“You still got time to buy some popcorn,” said the woman, and she lowered her eyes to her New Yorker.

Addison went in and gave his ticket to a little old man.

“Just in time to catch the beginning of the Audie Murphy movie,” said the little old man, who wore a faded blue uniform with faded red and gold piping.

“Yes, I’m quite looking forward to seeing it,” said Addison. “You see, I was conversing with a friend of mine named Tommy McCarthy last night – perhaps you’ve heard of him? He’s an official with the stevedores’ union.”

“Got bumped off with his wife Marie down on the Bowery.”

“A peculiar crime,” said the little old man, “because they wasn’t robbed. But someone bashed both their skulls in with a brick.”

“Death is peculiar, as is life.”

“What’s so peculiar about death?”

“Well, just the mystery of it I suppose.”

“What’s the mystery? You live, you die.”

“Of course it’s true. You know anybody who ever lived forever?”

“Not offhand nohow. You live, you die. End of story.”

“You better hurry if you want to get some popcorn or go to the men’s room. Show’s about to start.”

“What about Tommy McCarthy, the river boss?”

“Oh, it’s simply that Tommy was telling me last night that he’s quite the aficionado of Audie Murphy westerns.”

“No. You see, I had mentioned that I had recently seen this Cocteau film, and Tommy said –”

“So go in, watch the movie. Make up your own mind.”

“Let me know what you think on the way out.”

“You better hurry up.”

Addison decided not to get popcorn, and not just because he was afraid of missing the beginning of the movie. It was more that he was afraid of the man behind the concessions counter, a thin grey moribund-looking fellow who looked more frightening even than the box-office lady or the ticket collector. He went through the swinging doors just in time to see the red brush-stroked title flashed across the screen, to the accompaniment of swelling music: Ride a Dead Horse.

But he had one more employee to deal with, a dwarfish usher with a flashlight.

“Where you want to sit, buddy?”

“Oh, I suppose about midway, as centered as possible.”

Addison followed the little man, his flashlight’s beam lighting the way through sluggish clouds of smoke. As far as Addison could see there were only about a dozen people in the auditorium, each patron indicated by the glowing red dot of a cigarette, cigar, pipe, or (if Addison’s sense of smell did not deceive him) marijuana reefer. When they got midway down the aisle, the usher stopped and flashed his light on a row of seats, revealing an enormous fat man halfway down the row, digging brutally into a large box of popcorn.

“Could I sit in another row?” whispered Addison.

“That guy ain’t gonna bother ya.”

“Perhaps, but I’ve changed my mind, and I think I’d like to sit farther down front.”

Finally Addison sat himself in a seat about six rows from the front. Why was life so difficult?

A shot thundered through the auditorium, and a rider’s horse collapsed under him. The man rolled away in time to avoid a second and third shot, and crouched behind a convenient boulder. The fellow drew his six-gun, and a close-up filled the screen with the boyish face of the killer of more than two hundred men: Audie Murphy.

Several more gunshots rang out, ricocheting off the boulder.

Well, there’s that, thought Addison. At least no one is shooting at me.

And he settled down to watch the movie.

{Kindly click here to read the “adult comix” version in A Flophouse Is Not a Home, illustrated by the one and only rhoda penmarq…}