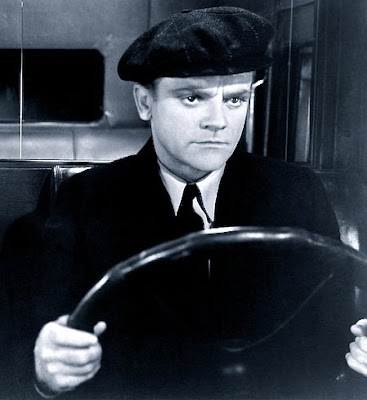 Our hero Arnold Schnabel has been exiled by the Prince of Darkness to a once-popular but now obscure novel of 1950s New York City entitled Ye Cannot Quench (written by Gertrude Evans, author of numerous other sadly out-of-print best-sellers, such as Tallahassee Weekend, My Name Is Dorothy, A Girl By Any Other Name, and Dance Naked Beneath the Stars, still going strong by the way and writing a nationally-syndicated advice column for senior citizens called “Just Ask Gertrude”) where he finds himself in the role of “Porter Walker”, romantic poet and one of the love interests of the book’s heroine, Emily.

(Go here to see our previous chapter, or click here to go to the very first chapter of this Gold View Award™-winning memoir.)


Where exactly did I live?

Somewhere downtown, but that wasn’t much help.

On the second or third floor of an old apartment building, down the hall from a family named Morgenstern...

“Just take me downtown,” I said.

“Sure, buddy, just tell me when to stop.”

He turned around to look at me, which I found disconcerting, because the cab was now driving at speed through busy traffic. He had a lit cigar in his mouth, and he took it out with his right hand, leaving just his left hand on the steering wheel.

“You live downtown,” he said, “but you need me to tell you when we get there?”

I was sweating now. It was a hot day. And also I was afraid he was going to crash the cab.

“How goddam recently have you arrived?”

I slumped back into my seat.

I had nothing more to say.

But the driver did.

Why couldn’t he leave me alone? But undoubtedly it was boring driving a cab all day. And it was natural to want to talk to your fellow human beings. Although come to think of it one of the few things I actually liked about being a brakeman for all those years was that I didn’t really have to talk to people very much. I confess I never once had the urge to ask a passenger what his occupation was, how he liked the weather, what he thought of the Phillies’ chances this year, it was all a matter of indifference to me…

He turned around to look at me again as his car zoomed merrily along down the street.

“Yes,” I said, wishing I had said dentist, or bricklayer, accordionist, anything but what I had said.

“All my years driving a cab I gotta say you’re the first goddam poet I ever picked up.”

He turned to face front again just in time to step on the gas and beat a light the very second it was turning red.

“Not knowingly, anyways,” he said. He eyed me again in the rear-view, scrunching his eyebrows together, and taking a puff on his cigar. “Any money in that racket?”

“No – in goddam pork futures. Christ. Yes, in poetry. Any money in poetry?”

I didn’t want to get into the whole royalties and sliding-scale business, I didn’t understand it myself anyway.

“And this is fifty take-home?”

“Uh, yeah,” I said (although it occurred to me that I would be obligated to report this income for my taxes, one more thing to worry about –)

“Half a yard a week,” he said. He was still looking at me in the rear-view mirror, he seemed to be studying me. “Not bad,” he said. “Not bad. You guys got a union?”

“You gotta start a union, pal. Otherwise the bosses’ll screw ya. It’s like any other goddam profession.”

“Of course it’s true. Get together with some of your other poet buddies and start a goddam union.”

I didn’t mention that I had no poet buddies. In fact I’d never met a single other poet in my life. And I didn’t feel particularly bereft by this lack either. It was bad enough knowing myself.

“You got any books out?”

“You got any books out I could buy, or maybe get outa the liberry?”

“Well, I’m supposed to have one out later this year --”

“No kidding? What’s it gonna be called?”

I drew a blank. What was it called? I was drawing a complete blank.

“It’s called, um, Life Is Like a Mangy Dog,” I said, just to say something.

He turned around to look at me again, while simultaneously stopping at a red light.

“And for this you get half a C-note a week.”

He was holding his cigar over the back of the seat, and some of the ash fell on my jeans.

“I thought poets wrote about love and shit.”

“Except you write about how life is like a mangy dog.”

I thought maybe I should just get out of the cab here, wherever we were, but the light changed and he stepped on the gas.

“You’re goddam right. Life is like a mangy dog.”

“A mangy goddam dog,” he said. “Ya work all your goddam life. Ya get old. Ya get sick. And then ya croak. It’s a mangy dog.”

“Maybe for you it ain’t. Sittin’ in your downtown pad writin’ poems all day, bringin’ home fifty clams a week. Prolly got dames crawlin’ all over ya. Maybe for you life ain’t a mangy dog.”

“Yo, gramps!” he yelled at an old man in a green Hupmobile who had apparently veered too close to the cab. “Learn to fuckin’ drive before I run you off the road!” He glanced back at me over his shoulder. “Excuse my French. What was you sayin’, pal?”

“What about the goddam starvin’ babies in Africa?”

“Don’t they count? Them babies?”

He pulled up at an empty space near a corner.

“Bleecker Street,” he said. “This good enough for ya?”

“Your buddy already took care of it, remember?”

I remembered I wasn’t Arnold any more.

“Yeah, Porter Walker is classier. Arnold sounds like, I don’t know, a milkman or somethin'.”

I got out of the cab, closed the door.

“A mangy dog!” the driver shouted.

I waved. I didn’t know what else to do.

“A mangy goddam dog,” he said again, and then he pulled out into the stream of traffic again.

Well, I was in the right neighborhood, anyway, probably.

That was a start.

(Continued here, and, at this rate, for at least twenty-seven more years.)

(Please look to the right hand column of this page for an up-to-the-minute listing of links to all other published chapters of Arnold Schnabel’s Railroad Train To Heaven© “Not just a memoir, but an epic poem, a journey, a way of life, and a source of inspiration for young and old alike.” -- Harold Bloom)

“I thought poets wrote about love and shit.”

And I thought "love and shit" was "a mangy dog."

I was actually listening to "Walking the Dog" when I started reading this.

It will now forever be, Walking the Mangy Dog...

Or... Walking the Fuckin' Mangy Dog.

Baby's back, dressd in black,
silver buttons all down her back.
High, low, tipsy toe,
she broke a needle and she can't sew.
Walkin' the dog,
just a-walkin' her dog.
If you don't know how to do it,
I'll show you how the walk the dog.

Nowadays you can't get a cab driver to talk to you.

You're right, Manny -- somewhere along the way there was that great sea-change in cab drivers. But remember when they would all be these chatty William Bendix/FrankMcHugh kinda guys? Like those great cab-drivers in Catcher in the Rye...

My Pop-Pop was a cab driver in NY for 35 years. One of his favorite expressions was "Go pound salt."
I knew a woman once, many years ago, who was attracted to a certain Chow dog's ass, because the owners, Steve and Terry, used to shave this dog in the summer.
Not even Arnold could make stuff like that up, so y'know, if I'm lyin', may Lucky Strike me dead.