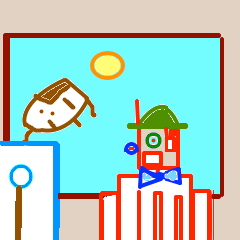 “You been sleepin’ sixteen hours, now get the hell up.”

Waldo looked at the old alarm clock on the night table. Seven forty-eight.

“Better’n sixteen hours, ya bum,” said Mickey. “Now get up, get dressed, get some food in your stomach.”

“You ain’t ate in like forty-eight hours. You tryin’ to starve yourself to death?”

Waldo pulled himself up into a sitting position, adjusting the pillow behind him against the tarnished brass bars of the bedstead, and lifting Mickey onto his lap.

“Has it really been forty-eight hours?”

“It’s Monday mornin’. Saturday mornin’ you had a fried egg sammitch over at that Ma’s Diner, and you ain’t had nothin’ to eat since then.”

Waldo saw he still had some cigarettes on the night table, and he shook out a Philip Morris and lighted it up with a match from a Bob’s Bowery Bar matchbook.

“I liked that Bob’s Bowery Bar,” said Waldo. “That was a nice stopping place. Maybe we should head over there for an eye-opener.”

“It was a nice place, McGee, a real nice place, and that guy Philip what bought you all them drinks was a real gentleman.”

“That he was, Mickey,” said Waldo, “that he was. They don’t make gentlemen like that no more. Yeah, let’s head over there for an eye-opener. Maybe that guy Philip will be there.”

“Later we can go to Bob’s Bowery Bar. Later. But first, for Christ’s sake, please get some food in your stomach. Let me ask you a question. Do you want to wind up in the hospital again?”

“’Cause I’m tellin’ ya, you wind up in the hospital again, you just might not come out of it alive. You want that?”

“Then, please, get some breakfast in ya, a nice healthy breakfast, then we’ll head over to Bob’s Bowery Bar.”

Not more than half an hour later, with Mickey Pumpernickel under his arm, Waldo McGee walked out of the Parker Hotel and into the bright warm sunlight of the Bowery. It was good to be back in the Big Apple. The sights, the smells. Down the block Waldo hesitated outside Bob’s Bowery Bar, but Mickey gave him a sharp slap in the face.

“Just an eye-opener, Waldo, just a shot of Schenley’s to cut the phlegm, and a glass of cold beer to wash it down with.”

“You walk in that bar on an empty stomach, you walk in alone, because I will be done with you, forever.”

Waldo kept moving, down to the corner, then across Bleecker to Ma’s Diner.

The place was pretty full, but there was an empty stool at the counter, and Waldo took it, seating Mickey on his lap.

“I remember you,” said the Negro lady behind the counter. “The guy with the dummy.”

“Mickey Pumpernickel’s the name,” said Mickey, “and this piece of human wreckage is Waldo McGee.”

“Yeah, you told me that the last time,” said the lady.

“Y’know, Ma, Waldo’s feeling a mite more peckish than usual this mornin’. How’s about that Monday Morning Breakfast Special you got on the blackboard there for four bits?”

“If it wasn’t good I wouldn’t serve it.”

“How you want the eggs?”

“Neither. Too acid for Waldo’s delicate stomach.”

“You want me to sub something else?”

“Coffee comes with too, right?”

“Waldo’ll take a cup right away then, Ma, ya don’t mind, strong and hot, just the way Waldo likes his women.”

Ma called back the order and poured Waldo a cup of coffee.

The young lady with the notebook sitting to Waldo’s left had been watching and listening to the above exchange with great interest.

“Doesn’t the dummy eat anything?” she said.

Waldo and Mickey both turned to look at her. She was a small young woman dressed all in black, with paper pale skin and dark red lips. She wore a black beret and she was smoking a cigarette.

“I never eat a full breakfast myself,” said the young lady. “Just a couple of pieces of cinnamon toast usually.”

“You both have to promise,” she said.

“I promise too,” said Waldo. It was the first time he had spoken in his own voice, and for some reason it sounded more artificial than the dummy’s voice.

“I ain’t laughing,” said Mickey, and he turned his head away, biting his lips, but Waldo’s face remained impassive.

“I think that’s a delightful title,” said Waldo, and he took his right hand away from Mickey’s back and held it over the dummy’s mouth, just to make sure the little bastard wouldn’t laugh at the young lady.


{Please go here to read the “adult comix” version in A Flophouse Is Not a Home, illustrated by the one-and-only rhoda penmarq…}
Posted by Dan Leo at 1:03:00 PM