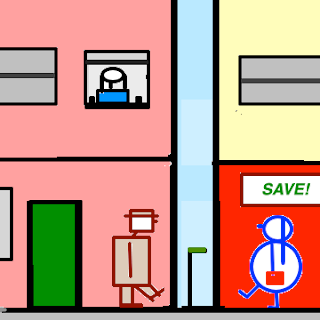 “Bleecker and the Bowery, comin’ up, pal.”

Philip had been lost in a reverie, looking out the window at the warm sunny day, looking back over his largely misspent life.

“Where ya want me to stop.”

Here he was again, and he’d regret it when it was all over and he was back at the rest home, or at Bellevue or the drunk tank, but that was the future, and this was now, and it was time.

“Where exackly ya want me to let you out.”

“Oh, just let me out at Bob’s Bowery Bar over on the right there.”

The driver pulled up at Bob’s. Someone was throwing up on the pavement, not in the gutter, but right on the sidewalk.

Philip got out his wallet, took out a ten-dollar bill and handed it over to the driver.

“Do you really want to know why?”

“Because you didn’t try to engage me in conversation.”

“Hey, mister, before you get out, you mind I acks you anudder question?”

“Why you getting out here, at Bob’s Bowery Bar?”

“I don’t get a lot of things either.”

“Nicely dressed well spoken gennulman like you. I don’t get it. Ten million bars in this town. Why this one.”

The driver had adjusted his rearview mirror so that he could look at Philip, who paused and thought before answering.

“Well,” he said, not knowing what he was going to say next, but then the man who had been throwing up on the pavement was looking into the passenger window at him.

“Hey, Philip, can ya spare me fifty cent so’s I can get a bottle of Tokay?”

“I can’t, pal. Bob flagged me for the rest of the day on accounta I peed myself.”

Philip still had his wallet out. He took out a dollar and handed it to Tom the Bomb.

“Wow, a whole buck! Thanks, Philip, you’re okay in my book, I don’t care what anybody says about ya.”

“Friend of yours,” said the cab driver.

“St. Francis of Assisi. He was the patron saint of birds and dumb animals.”

Philip took pause. Was that what he was?

“Heh heh. Well, thanks for the ride.”

Philip opened the door and got out of the cab, closed the door.

Philip bent down so that he could see the cab driver’s face.

The driver put the car in gear and pulled out. Philip turned around. He started to take a step, but then he saw the puddle of liquid vomit Tom the Bomb had left on the sidewalk, and he sidestepped just in time.

Philip crossed the sidewalk and opened the door to the bar, and inside all was dim and smoky, but he could tell the joint was crowded, alive with laughing and shouting voices.

Philip stepped inside, and the door closed behind him.