"The Return of the Last of the Elegant International Assassins" 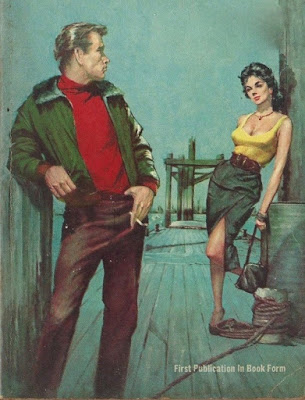 Billy Baskins realized that if he was ever going to become a successful elegant international assassin he would have to learn how to be much more careful.

His first “contract” had proved disastrous. True, he had successfully assassinated Marie McCarthy’s husband Jerry, but only after accidentally also assassinating Marie, who had hired Billy for the job in the first place. And so he hadn’t made a dime from the job. Billy realized later that he should have taken a quick moment to check Marie and Jerry’s persons to see if they had any money on them, but, no, he had been too drunk and panicked to think of that. Anyway, who was he kidding, how much money would a couple of stew bums like those two have on them, especially after celebrating Marie’s birthday in Bob’s Bowery Bar all night?

The first thing Billy decided was that he couldn’t just be assassinating people by hitting them on the head with a brick; he needed to get a gun, like a proper international assassin. This proved surprisingly easy to do, but then, after all, Billy lived in a very poor and crime-ridden slum, so if there was anywhere in the world one could hope to purchase an illegal firearm, where else but the Bowery?

Billy already knew the kids, because every time he passed “their” corner (northwest corner of Bleecker and the Bowery, right near Bob’s Bowery Bar) he had to give them fifty cents’ “toll”.

So this day, as he was giving their leader Terry his fifty cents, he came right out and asked the kid if he could get him a gun.

“What kind of gun, square man?”

Billy hadn’t given it much thought, but he said, “A pistol?”

Terry paused before answering, and looked up and down the block.

“Meet me in the alley outside Bob’s in one half hour, and bring fifty bucks.”

“Fifty?” said Billy. His savings were daily getting depleted, and it hadn’t occurred to him that illegal guns were so expensive. “Don’t you have anything cheaper?”

“No. But I got a government-issue .45 automatic with the serial number filed, and just because I like you, square man, I throw in a loaded seven-shot ammo mag.”

Suffice it to say that one hour later (Terry had been over a half-hour late, and he hadn’t even apologized) Billy sat on his narrow bed in his sixth-floor tenement room holding his new pistol.

Terry had shown him how to pop the ammo magazine out and put it back in again, and Billy did this repeatedly, just for practice.

Now, while he was waiting for someone to offer him his next contract, it occurred to Billy that he should try a “practice” assassination.

But who should he assassinate? There were eight million people in this city. Surely thousands of those people would be missed by no one, and so the ethical thing to do (Billy knew that a good assassin always had a code of ethics) would be to pick out someone really obnoxious, someone who had no friends, someone no one would miss.

And Billy knew just the person!

That really boring guy who had started hanging out at Bob’s Bowery Bar lately – the one that they called “Funk”, short for “Funk & Wagnalls Encyclopedia”, because he was such a know-it-all. Yes, Funk would do, he would do just fine.


– The Return of the Last of the Elegant International Assassins, by Horace P. Sternwall, Monarch Books, 1952; out of print.
Posted by Dan Leo at 4:18:00 PM