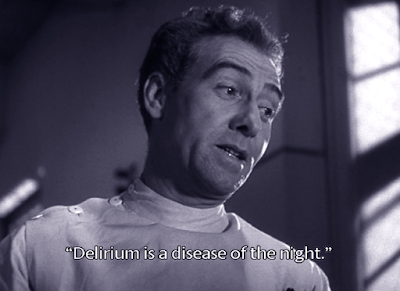 Let’s return to this hot rainy night in old New York City and rejoin our memoirist Arnold Schnabel, sitting here on the pavement in the entrance area of Bob’s Bowery Bar, and attended to by his new guardian angel, “Bowery Bert”...

(Kindly click here to read our immediately previous chapter; those wishing to return to the very beginning of this 58-volume Gold View Award™-winning masterpiece may go here.)

“Arnold Schnabel’s towering chef-d'œuvre, comprising as it does already dozens of volumes – and, as caches of Schnabel’s neatly-handwritten copybooks continue to be discovered, no one knows how many more volumes are still to come – must still be considered ‘one’ work, just as the universe, with all its countless trillions of worlds, must still be considered ‘one universe’.” – Harold Bloom, in the Ladies’ Home Journal Literary Quarterly.


My guardian angel took his little cigar out of his mouth and exhaled De Nobili smoke into my face.

“So, you enjoying that Windsor Canadian?”

“Yes,” I said, after I had swallowed that second gulp down.

I didn’t want to annoy him again, and so I raised the flask to my lips.

I had no idea why he said those names. But considering that he was an angel it seemed appropriate that he would make reference to the Holy Family, even if for reasons unknown to me, a mere human after all.

So I took another swig, but not such a big one this time.

“Yes,” I said, after exhaling a great warm breath the way one does after quickly downing three shots of whiskey.

“Don’t let me stop you if you’d like another one,” he said.

“Pretty sure,” I said, and I started screwing the cap back onto the flask.

“What are you doing?” he said.

“Just putting the cap back on.”

“Well, maybe you should start thinking.”

“Now give me that flask.”

I gave it to him, and, after giving the mouth of the flask a cursory wipe on his jacket sleeve, he took what looked like a healthy swig. He then lowered the flask, heaving another sigh, a long one, this one sounding like the sound a baseball card makes when a boy attaches it with a clothespin to the wheel-frame of his bicycle for the purpose of making a strange flapping noise on the spokes as he rides aimlessly about.

The ancient angel stared at me through those thick round glasses. He was still crouching by my side, with his umbrella hooked in the crook of his arm. Right outside the shelter of this entrance area the downpour continued unabated.

“You probably want another shot,” he said. “Right?”

I hesitated. I didn’t really want one, but I also didn’t want to offend him.

“I think you need some help, my friend.”

“Well, I’m glad to hear that, Arnold. And I’m sure you are aware that there are – places – where you can go, where you can get the, shall we say, the professional help you need. And, as your guardian angel, I shall try to help you as well. You see I have no little experience in these matters, working as I have for these many years on the Bowery. I have helped lots of guys who were even farther gone than yourself. So, lookit, why don’t we get you on your feet, and we’ll take you straight away over to Bellevue, get you admitted, get you dried out –”

“What? I hope you’re not going to fight me on this.”

“But when I said I needed help I didn’t mean that kind of help,” I said.

“So – you’re saying – and, please, correct me if I’m wrong – you’re telling me that you don’t think you have a problem with drugs and alcohol?”

“You say this despite the fact that you were just on the very verge of taking your fourth shot of Windsor Canadian in the space of, what, a minute?”

“But that was only because I thought maybe you wanted me to have a, uh, fourth, um –”

“Can I ask you a personal question.”

“How many drinks have you had today?”

“And, please, be honest, Arnold. I can’t help you if you’re not honest with me.”

“Yeah. Like round it out if it’ll make it easier. Ten? Twenty? Thirty?”

“How many drugs have you taken?”

“Besides the hashish brownies,” he said.

“And that’s all the drugs you took today?”

“Yes,” I said. “You see, way earlier today, I almost forgot, but someone gave me some LSD –”

“Yeah, but, you see, like with the hashish brownies, I didn’t know it was LSD –”

“Honest. It was just, you know, I thought it was like an aspirin or something –”

“For this knee problem you have.”

“I wonder, Arnold, if it has occurred to you that you might not have sore knees if you did not consume so many drugs and alcoholic beverages –”

“Well, I suppose I do, perhaps, more than the average person –”

He held out the flask to me. I don’t know why, but I took it.

“Go ahead,” he said. “What’s another slug or two of Windsor Canadian after all you’ve probably drunk today –”

“Plus the hashish brownies. The Laudanum. The LSD. And God knows what else.”

I guess he noticed that I glanced guiltily away.

“What?” he said. “What else? Cocaine? Bennies? Ayahuasca?”

“Bock beer infused with nectar of the gods.”

“'Bert.' The queen of England hasn’t knighted me yet, so, please, address me as ‘Bert’.”

“Okay, ‘Bert’,” I said. “But here’s the thing, I thought it was just an ordinary bock I was drinking. I didn’t know it had ambrosia in it.”

“Are you going to take another swig of that Windsor Canadian or not?”

I looked at the flask.

He paused, taking a few puffs on his Parodi or De Nobili, maybe eventually I would find out what kind of cigar it was, not that it mattered at all. As usual, and it was usual by now, he exhaled the smoke in my face.

“Give me the flask then,” he said, and I gave it to him. He took another swig, it looked like another pretty good one, too.

“Don’t look at me like that,” he said. “I am an angel. I can handle a little Windsor Canadian. Unlike some people I could mention.”

I held my tongue.

He screwed the cap back on, put the flask back inside his suit coat.

He had remained crouching beside me all this while, and now he rose to his full height of five-foot-two, if that, and with none of the creakiness and groaning one might expect from a little old man of eighty or more. But then after all, as he had just reminded me, he was not really a little old man, but an angel. He put his cigar back in his mouth, transferred his umbrella from the crook of his right arm to his left, then extended his small right hand to me. I took it, and with his help – and he had the strength of arm of, if not ten men, then at least that of one man who was not eighty years old and five-foot-two – I rose to my feet. I kept expecting pain to explode from my knees, but still there was only a pleasant numbness where previously had been two epicenters of pulsing agony.

“So now what?” he said, as he disengaged his hand from mine, and then wiped the palm of it on the side of his trouser-leg.

“Well, I was hoping to go in here and find my friends.”

“I thought you wanted to get back to this so-called ‘real world’ of yours.”

“That’s the name he’s going by. You see he’s sort of returned to human form. And that’s his human name now. Josh.”

“Are you shitting me?”

“Whoever gives you the assignments.”

“No one gets called in. Try again.”

“No, and no, and neither does a Western Union boy show up with a telegram.”

“You want me to tell you how I get my assignments?”

I didn’t care, but I said yes.

“A little voice,” he said. “Here.” He tapped the side of his head, near his ear. “A little voice speaks to me. And this particular time this little voice said, ‘Go pick up this Arnold Schnabel character. He should be getting out of a cab at Bob’s Bowery Bar.’”

“And that’s all they told you?”

He tapped his head again.

“Maybe. How do I know? No one tells me anything. I get an assignment, I do it. I do it till the little voice tells me I can stop doing it. Or –”

“Until my, uh, assignee passes into his next plane of existence.”

“Heaven, hell, purgatory, maybe someplace else. That’s not up to me. You understand that.”

“Well, I’m glad you understand. So, back to the matter at hand. You say the son of God is in there.”

“No. I’ve never met him. But needless to say I am a great admirer.”

I guess there was something about the way I said that.

“Now I must ask you if I may speak frankly,” I said.

(Please look to the right-hand column of this page to find what should be a rigorously updated listing of links to all other cybernetically-available chapters of Arnold Schnabel’s Railroad Train to Heaven©. We recommend that all of Arnold’s fans click here to order a copy of the paperback edition of our friend Kathleen Maher’s splendid novel Diary of a Heretic!)

Even angels have their crosses to bear...