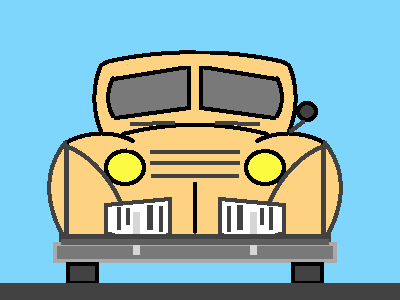 Gwendolyn had rarely seen Auntie Margaret so terribly excited.   In fact the only other time she could recall Auntie getting quite so excited was back when they were living in Paris the time her horse came in at 27-to-1 at the Hippodrome de Longchamp just the very day before they were due to move by necessity from their nice suite at the George Cinq to the slightly louche Hotel Modern on the rue Claude Bernard, which is where they always wound up when, as Auntie said, they were “low on the chips”.

“I’m so looking forward to meeting him at long last,” said Gwendolyn.

Auntie was “doing her face”, smoking a cigarette, sitting at her make-up table in front of the mirror with all the little lights. She had taken this little table and mirror with them from New York to London to Paris and then to Monte Carlo and then back to Paris, then to London again, and back to Paris, then to Rome and to Berlin and back one more time to Paris and now back to New York again. She had a special padded trunk just for the table and mirror.

Serge wandered into the room, wearing his grey topcoat and hat and smoking a cigarette. Gwendolyn could see him in the mirror.

“Time to fly, dear Margaret,” he said. “Pierre’s waiting downstairs in the Hupmobile.”

“All right,” said Auntie Margaret. She turned and stared at Gwendolyn. “How do I look, darling?”

“Thank you, darling. I needed that. I’m just all nerves.”

She took one last drag on her cigarette, then stubbed it out in the ashtray; stood up, then bent down and touched her cheek to Gwendolyn’s, but only slightly, not wanting to mess up her splendid make-up job.

“Wish I could come,” said Gwendolyn.

“Don’t worry, you’ll see your Uncle Mike later this evening after we attend to – you know –”

“That bit of business,” said Gwendolyn.

“Yes,” said Auntie Margaret. “Just a bit of grown-up business, but now we must dash or the poor man will be standing all alone on the train platform with not a soul to greet him.”

“Hurry, then,” said Gwendolyn. “And hurry back.” 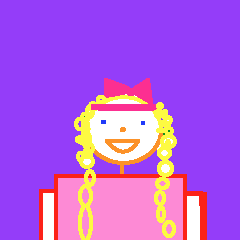 Gwendolyn hadn’t even known she had had an Uncle Mike from St. Louis until the day before yesterday, when they all sat eating dinner down in the Prince Hal Room.

“I never told you about your Uncle Mike?” Auntie Margaret said. “From St. Louis?”

“Never,” said Gwendolyn. “I’m sure I would have remembered.”

“Well, I suppose his name just never came up before,” said Auntie Gwendolyn. “But you’ll love him.”

“What about you, Serge?” asked Gwendolyn.

“Do you know my Uncle Mike? From St. Louis.”

“Your Uncle Mike is a great man,” said Pierre. 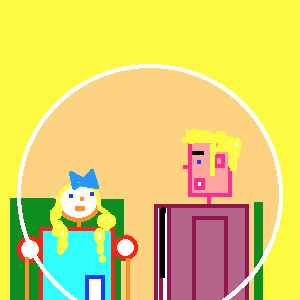 Gwendolyn had told Auntie Margaret she would stay in the suite and do her homework and then read a book, but her homework was a matter of mere minutes, and so she sneaked down the stairs and walked down the back alley to the automat and had a slice of cheesecake and a cup of hot cocoa while she studied the entertainment section of the Daily News. Cocteau’s Beauty and the Beast was playing up at the Adlephi, so she took the subway uptown and quite enjoyed the movie, and was back in the suite by ten reading Wuthering Heights. She fell asleep on the divan and then she was awakened by Auntie Margaret’s soft hand caressing her head.

Pierre and Serge were standing there behind her. Both of them were smoking cigarettes.

“Where is Uncle Mike?” said Gwendolyn.

“Uncle Mike - “ Auntie Margaret paused. She so rarely if ever paused. She had been crouching by the divan, but now she stood up. “Take my wrap, someone,” she said.

Pierre and Serge both came over, but Pierre got to the angora wrap first, removed it from Auntie’s shoulders, draped it over his arm. Pierre and Serge were both still wearing the topcoats and hats they had gone out in.

“We should go and take care of this, dear Margaret,” said Serge.

“Yes,” said Auntie Margaret. “I suppose you should.”

“Will you be all right here alone, dear Margaret?” said Pierre.

At this point Gwendolyn was sitting up on the divan.

“Where is Uncle Mike?” she said.

“Where are my cigarettes?” said Auntie Margaret.

“Here,” said Gwendolyn. She lifted the silver cigarette box from the end table, opened it, and offered it to her aunt.

Serge was right there with his lighter.

“Thank you, Serge,” said Auntie Margaret. “You’d better go now, the both of you. Hurry. I don’t want to think of him – just go, please.”

“You should have a drink, dear Gwendolyn,” said Pierre. “Let me fetch one for you.”

“No, Pierre, you really must hurry. I’ll make myself a drink, thank you.”

“I’ll make you a drink, Auntie,” said Gwendolyn. “You just sit down.”

Auntie Margaret had sat down on the divan, staring straight ahead, with the lit cigarette still in her mouth.

“We should return in no later than one hour,” said Pierre.

Pierre went over to the hatrack by the door and hung up Auntie’s wrap. Serge opened the door, and without another word they left.

“What would you like to drink, Auntie?” said Gwendolyn. “Auntie?”

At last Auntie Margaret took the cigarette from her lips, and she tapped it on the edge of the ashtray on the end table, even though the cigarette didn’t really need to be tapped yet.

“Right away,” said Gwendolyn, and she turned to go to the drinks table.

“Make it a stiff one, please, darling.”

“I was going to,” said Gwendolyn.

Gwendolyn turned again and went over to the little table with the bottles and glasses and the siphon and the ice bucket.

She didn’t suppose she would ever meet Uncle Mike now. 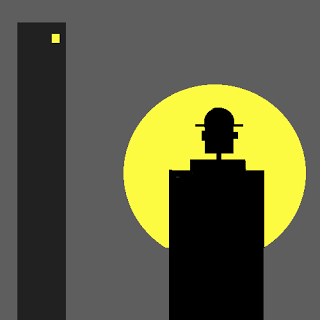 This story originally appeared in somewhat different form, and lavishly illustrated by rhoda penmarq, in Tales of the Hotel St Crispian.

(Because of the Thanksgiving holiday, Arnold Schnabel has been given the week off, but he will be back next week with an all-new chapter of Railroad Train to Heaven!)
Posted by Dan Leo at 10:05:00 PM

Nobody gets a choice, of course. But if you did: would you rather have no childhood or a lifetime of it?