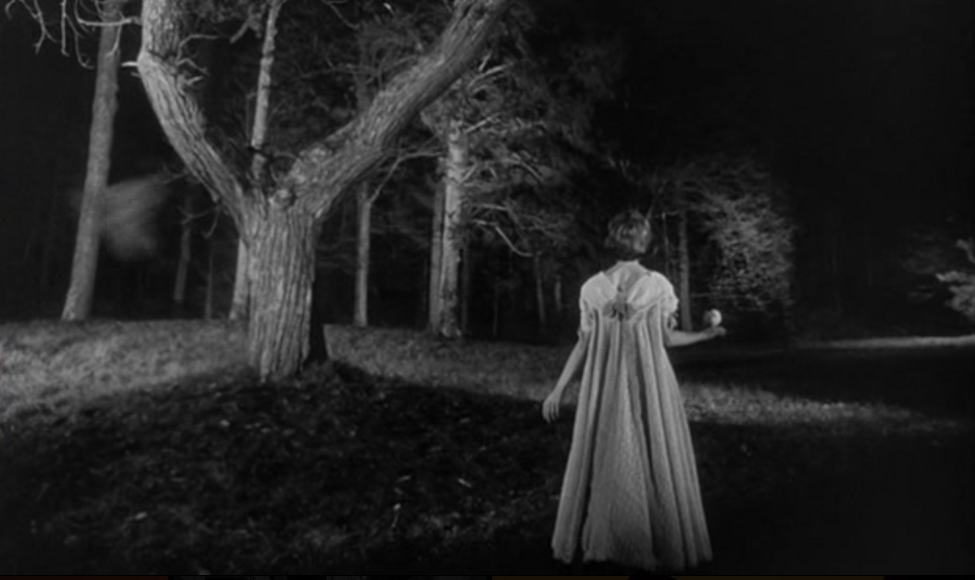 Let’s rejoin our memoirist Arnold Schnabel and his companions, viz., Ferdinand the loquacious fly and Horace P. Sternwall, the noted author of such forgotten classics as Port of Shame and The Young and the Damned…

(Kindly click here to read our immediately preceding chapter; if you neglected to get your flu shot and you need something to read for the next month while you lie upon the couch all day, go here to return to the very beginning of this 69-volume Gold View Award-winning masterpiece.)

“Arnold Schnabel – this self-effacing former railroad brakeman with a history of mental illness – has now at last achieved his rightful status as the preëminent literary genius to arise from these United States of America.” – Harold Bloom, in the Mechanics Illustrated Literary Supplement.


I turned and spoke into the darkness of the woods. For some reason I spoke in a sort of loud whisper, I don’t know why, as there certainly didn’t appear to be anyone else around:

“Oh, Christ,” I heard Horace’s voice, not bothering to whisper. “Now what is it, Arnie?”

“Yeah, what is it?” said Ferdinand’s voice. “Is it like the end of the world?”

“Are you quite sure?” came back Ferdinand’s voice.

“Then what the fuck is it?” said Horace’s voice.

“Yeah,” said Ferdinand’s small but strangely resonant voice; “it ain’t one of them portals into another dimension is it?”

“Just tell us it isn’t anything scary,” said the voice of Horace.

“Yeah,” said Ferdinand’s voice. “And that includes like the obliteration of the concept of time and shit.”

“Look, guys,” I said, speaking a little louder now, “just come out here and see for yourselves.”

“Arnie,” said Horace, or at least the voice of Horace; I could only assume it issued from his corporeal form. “Please. Just assure us it’s nothing horrifying.”

“A house?” said Horace’s voice. “What kind of a house?

“I don’t know,” I hissed. Well, not exactly hissed; there’s that trashy literature I like to read showing its influence again. Anyway, I hissed some more: “It must be the source of those lights you saw, Ferdinand!”

“’The source of those –’” came Ferdinand’s sarcastic reply. “Who even talks like that?”

“It’s not a haunted house, is it?” said Horace.

“Horace,” I said, and I admit I was starting to get impatient, “how would I know if it’s haunted? Will you two please come out here?”

There was a pause here during which I could hear Horace and Ferdinand whispering together.

After a minute I heard Ferdinand’s voice again:

“No need to be sarcastic, Arnold,” said Horace’s voice.

“I said I’m sorry,” I said, quite clearly I thought.

“All right then,” said Horace’s voice. “There just better not be any surprises.”

I could hear his footsteps on those dead needles and pine cones, and then I heard the buzzing of Ferdinand.

“Hey,” he said, suddenly, and I realized he was buzzing around my head. “It’s a road.”

“And down there, some kind of house, with lights on.”

Right about then Horace emerged from the woods, and almost bumped right into me.

“Wow, it is a road,” he said. “And a house of some kind down there, with lights in the windows.”

“Well, I hope you two will take me at my word in the future,” I said.

“No need to get all high and mighty, Arnie,” said Ferdinand.

“Yeah,” said Horace. “Nobody likes being talked down to, Arnie.”

“Nobody likes being sighed at, too, Arnie,” said Ferdinand.

With every milligram of will I possessed I suppressed another and even greater sigh.

Despite the almost complete lack of manmade or celestial illumination out here I could see that Horace still held the flask, and I wondered how much of the whisky he and Ferdinand had drunk in those woods.

“By the way, Horace,” I said, trying not  to sound calculating, “I think I would like a slug of that scotch.”

“Well, a little whisky’ll straighten that out for ya,” said Horace.

“Now we’re talking,” said Ferdinand. “This is the Arnie I know and love. Give him the flask, Horace.”

The open flask was almost in my face.

I took it, and without even bothering to wipe off its mouth, I put it to my lips, and took a gulp, and then another, and one more.

Each gulp of whisky I took would be that much less for Horace and Ferdinand, both of whom certainly didn’t need any more.

I paused, my throat feeling as if a blowtorch had been shoved into it and turned on full blast, and then I raised the flask again and gulped again, then again, and again.

I lowered the flask and made a sound like a hot wind blowing across the desert.

Horace took the flask from my hand and shook it.

“Jeeze, Arnie, you were thirsty!”

“Hey, thanks for saving us some, Arnie,” said Ferdinand.

“You’re welcome,” I said, vaguely realizing that by attempting to deny Horace and Ferdinand the means to get much more drunk I had succeeded in making myself drunk.

“I think I better keep the rest of this for later,” said Horace, and he screwed the stopper back onto the flask. “Okay,” he said, and he shoved the flask back into his inside jacket pocket. “Now what?”

“I think we should go up to that house,” I said.

“What do you mean, ‘check it out’?” said Ferdinand.

“Yeah, what exactly do you mean, Arnold,” said Horace.

“Just – I don’t know, look at it,” I said. I had an idea that if we knocked on the door that maybe someone would let us come in, and that they would give us food.

I turned to the right and looked at the house, down the road and across the road and set back a bit, and now I could even make out a few trees near it, and what looked like sheds of some sort, or maybe garages or barns, and some bushes.

It all did look creepy, even with those lights on in its windows. But I was hungry.

“And his grey-haired wife,” said Horace.

“And pouring us glasses of sherry,” said Ferdinand. “Don’t forget the sherry.”

There was a pause here, during which neither of my companions spoke, nor did I, until finally after a minute I did:

“Look,” I said. “What else are we going to do? Just keep walking, down this dark road?”

“Wait,” I said. “You guys would really rather just keep walking in the darkness, rather than at least just going up to the house, and, and –”

“But it’s scary house, Arnold!” said Horace. “Wake up! A scary house! I thought you told me you liked to read cheap novels!”

“Then don’t you know you never go up to a scary house?”

“If not everybody,” said Ferdinand.

“Right,” said Horace. “If not everybody.”

“Okay we just walk past the house,” I said. “Just walk by and keep going.”

“Yes,” I said, and I admit, I might have allowed some frustration to become evident in my tone of voice. “Just walk by the house.”

“You walk by the house,” said Horace.

“Yeah,” said Ferdinand. “Please, be our guest. Go on down there and walk by the house. We’ll wait here. If we don’t hear any screams, maybe, just maybe, we’ll follow you.”

“I say we head in the opposite direction,” said Horace.

“Away from the house,” I said.

“Yes,” said Ferdinand. “Away from the house. That house which is so obviously, what, reeking of doom, and horror.”

“Thank you, Horace,” said Ferdinand. “Coming from you, that is a real compliment. Okay, we ready?”

Again I suppressed a sigh.

“In what direction, Arnie?” said Ferdinand.

“In the opposite direction from the house,” I said.

I felt rain on my shoulders, my head, my face.

“Shit,” said Horace, and I could see and hear the raindrops splattering off of his fedora.

Then, as if some celestial stagehand had thrown a switch, a flash of lightning lit up the entire world around us – the woods, the road, the empty fields across the road, the thick dark canvas of the sky, and that big gabled and spired house a hundred yards down the road. Then the switch was pushed up and the world fell dark again just as a burst of thunder shook the ground with the sound of a thirty-car freight train tumbling down a mountainside.

The rain began to fall harder, and Ferdinand flew into my ear for shelter.

The rain came down, hard, as if a great gash had been ripped through the dark sky and a whole ocean was pouring through it.

Without another word, both Horace and I (with Ferdinand warm and dry in the porch of my ear) set off at a run down the dark road, through the stinging and drenching rain, toward the house.

(Continued here, until that very last marble copybook has been transcribed, with all misspellings, errata, and internal inconsistencies rigorously included.)

(Please scroll down the right hand column of this page for a a quite-often current listing of links to all other available chapters of Arnold Schnabel’s Railroad Train to Heaven©. Christmas is just around the corner, so order now for your own Railroad Train to Heaven™ action figures – the perfect stocking-stuffers for young and old!)

Chalk it up to the collective unconscious but I suspect that the worst time to approach a scary house is during a thunder and lightning storm.