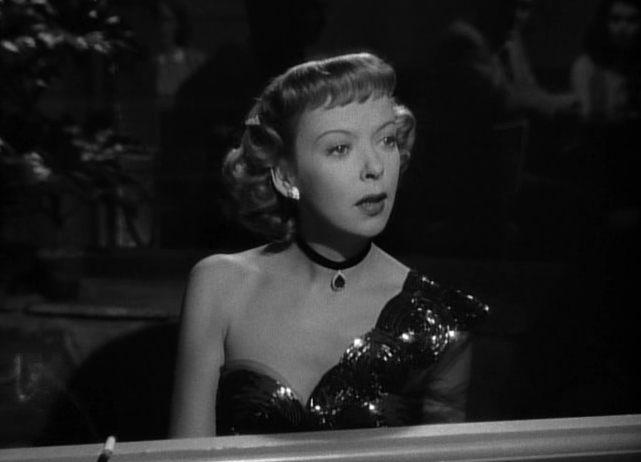 (Kindly go here to read our preceding episode; if you think you might be ready for the commitment you may click here to return to the all-but-forgotten beginnings of this Gold View Award™-winning 77-volume autobiography.)

“A well-meaning neighbor in Cape May invited me to go fishing in his boat, and, wishing not to seem rude, I went out with him, but all the time I sat there holding my rod (and catching not a nibble all day I might add) I wished I could be back at the house, or more precisely in the hammock behind our house, losing myself in the infinitely rich and manifold universe (or should I say “universes”) of Arnold Schnabel.” – Harold Bloom, in The Field & Stream Literary Supplement.


Horace got to the door and opened it. He turned and with a smile waved for me to go through, for me and Ferdinand to go through, and we did, Ferdinand buzzing in a broad halo around my head.

I hadn’t really looked at it before, but now I did.

It was just a big smoky barroom like a million other barrooms, maybe bigger than most, filled with laughing and talking people. Jukebox music had been playing before, but now a small combo was playing, off to the right side, on a platform only a foot or so off the floor. It was a slender woman of about thirty playing a greyish piano, along with a man in a grey suit playing a double bass and another guy in a grey suit playing drums. The woman wore a sparkly black dress and she started to sing a song into a microphone that was angled over the piano.

I didn’t know the song, but the words she sang rang clearly in my head, and it seemed to me the woman was staring right into my eyes as she sang these words:


Horace put his hand on my arm.

“But that woman is singing about me,” I said. “Listen.”

“See,” I said, addressing both Ferdinand and Horace. “She’s singing about me. That’s me. In the song.”

“It didn’t sound like you meant nothing at all,” I said.

But he didn’t say anything. He just put his cigar in his mouth and looked away toward the bar.   The woman was still singing.

“You’re so desperate,” she sang, still looking right across the room and into my eyes, “and so terribly desolate too –”

Ferdinand said something but I didn’t really hear him because I was trying to listen to the song. I’d never had a song written about me before. Not that I knew of.

“Well, Arnie?” said Ferdinand, in a louder voice, right into my ear. “May I?”

“I said may I say something,” said Ferdinand. “May I?”

“May I say something?” he said, enunciating the words emphatically into my ear.

“And I don’t mean any disrespect,” he said.

“What?” I said. I was getting just slightly annoyed because I couldn’t hear the words of the song while we were talking like this.

“What I want to say," said Ferdinand, "is that everything is not always all about you, Arnie.”

“Not everything in the world."

“Not every goddam thing,” he said.

“You know, Arnie,” said Horace, “if I may interpose – maybe you should listen to your friend.”

“You think so, Horace?” said Ferdinand.

“You see?” said Ferdinand, hovering right in front of my face now. “I mean, look, Arnie, don’t get me wrong, I like you. You’re my friend. But you do have a tendency just to be a little, how shall I put it –”

“Self-absorbed,” said Ferdinand. “Maybe even shall we say – self-obsessed?”

“I mean no offense, Arnie,” said Ferdinand. “Horace, what do you think?”

“To be honest?” said Horace.

“To be honest,” said Horace, “I’ve noticed what Ferdinand is talking about too, Arnie.”

“You have?” said Ferdinand.

“Not that this shall we say self-absorption automatically makes Arnie a bad person,” said Ferdinand.

“No, not necessarily,” said Horace.

“Not a bad person,” said Ferdinand.

“But, still,” said Horace, “I think you’ll agree, Ferdy, that it’s something Arnold might want to work on –”

“Okay!” I yelled. “I get it! Okay? I know I’m self-absorbed! Maybe I’m self-obsessed! Maybe you two guys would be self-absorbed or self-obsessed if you had spent what seems like years and years wandering through fictional universes, having one absurd adventure after another, meeting all sorts of crazy people – meeting the devil! You both do know the devil is after me, right?”

“And that woman is singing about me!” I yelled.

Suddenly I realized that the music and the singing had stopped, and with it the sound of all the laughing and talking people in the place, and then I heard an amplified woman’s voice echoing through the barroom, which had otherwise grown quiet.

“Hey, buddy,” said the woman’s echoing and reverberant voice. “We’re trying to play up here. Do I come to your job and fuck up your work?”

I looked at the stage. Yes, of course it was the woman in the black dress, speaking into the microphone, at me.

“How about clamming up?” she said. “Or do we have to throw you out of here?”

“I’m sorry,” I said, my voice cracking through the quiet bar like a snapping branch in a dark forest.

“You got excited?” she said.

Laughter suddenly broke through the bar like a merry wave.

“Yes,” I said, as the laughter subsided, in a voice that must have been hardly audible by anyone more than three feet away from me.

“What?” said the woman, in that loud echoing amplified voice.

Horace grabbed my arm again and gave me a pull.

“Yeah, what about them drinks?” said Ferdinand.

Horace pulled my arm again, and we headed toward the bar. I could see Trixie sitting on a barstool there, holding a drink, looking our way.

The combo was playing again, the woman in black singing:

I didn’t care what anyone said, I was convinced she was singing about me. But I kept quiet about it.

We were almost at the bar. The blonde girl Trixie was still sitting there, looking at me.

“Hey,” said Ferdinand, “Horace, is that the girl you were talking about?”

“Hubba hubba,” said Ferdinand. “You think she’s got a friend?”

“Oh, I’m sure she does,” said Horace. He stopped, looking at Ferdinand. “You mean for Arnie, right?”

“How little you know about women, my friend,” said Ferdinand, after a short pause. “And about flies. How very, very little.”

“You are an author,” said Ferdinand. “And a damn good one I might add.”

“However, if you want to ascend to the top of Olympus, to the very top, then you must learn to plumb the depths of a woman’s soul. And also that of a fly.”

“I know I’m right,” said Ferdinand. “Now let’s cut the palaver, get over there, and see about Trixie fixing me and Arnie up with a couple of her friends.”

“I’m with you a hundred percent on that, my good friend!” said Horace.

So we started toward the bar again, over toward Trixie, who was still sitting, sipping her multi-colored drink through a straw, and staring at me.

Ferdinand flew into my ear.

“No,” I said, communicating telepathically, “I suppose he doesn’t.”

"We know, though, don’t we, pal?” said that small but loud voice in my ear.

“You‘re just a lost soul,” sang the woman in black, her voice reverberating inside my head, “just a lost and lonely lost soul.”

(Continued here, and onward, as a service to all sentient creatures everywhere.)

(Please look to the right hand column of this page for what is meant to be an up-to-date listing of links to all other published chapters of Arnold Schnabel’s Railroad Train to Heaven©; also appearing in the Collingswood Patch™: “The lone voice of literacy and beauty in the cultural wasteland that is South Jersey.”)

Seems as if they're being a bit hard on Arnold. Self-absorption is a matter of degree and style.
Nice song.

Of course the joke is that Horace and Ferdinand are even more self-absorbed than Arnold!