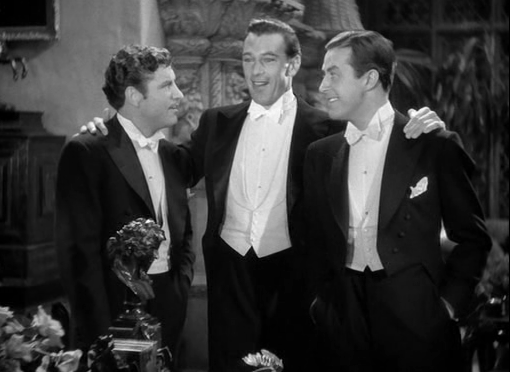 We left our hero Arnold Schnabel in the world of a paperback novel called Rummies of the Open Road, in the company of that book’s nominal author, one Horace P. Sternwall…

(Please click here to read our previous chapter; if you have entirely too much time on your hands then feel free to go here to return to the very beginning of this Gold View Award™-winning 67-volume memoir.)

“I know of no better way to deal with an oppressive heatwave than to retire to my study, crank up the A/C, and lose myself in the wondrous universe of Arnold Schnabel.” – Harold Bloom, in The Mechanics Illustrated Literary Supplement.


I didn’t know how to begin to answer his question.

Everything could go wrong.

But then everything could always go wrong.

Horace P. Sternwall tugged on my arm again with that big soft but oddly strong hand of his.

“Arnie, our beers are gonna get warm, and flat. And I hate warm flat beer. I mean, I’ll drink it, sure, but I am a proud American not a Limey, and I prefer my beer to be cold, and bubbly. And not only that, but I hate to tell ya, my blonde friend Trixie isn’t gonna wait all night for us. She’s not that kind of gal, I can tell. And ya know, what? I don’t blame her. So do me a favor, stop standing there looking like I just suggested we take a swan dive off the top of the Empire State Building, and let’s go.”

“What don’t you know, buddy? Explain it to me. Concisely if you will.”

“I just don’t know if it’s a good idea for me to go back in there.”

This I had a ready answer to.

“Because,” I said, “lately every time I go into a bar something crazy happens.”

“You got something against crazy?” he said, after only a slight pause.

“You want sanity,” he said. He took his hand away from my arm, and he took another drag of his cigar. He let the smoke drift up into the light of the street lamp and stared at me for a few moments before speaking. Then:

He raised his left arm from his side, the arm with the big soft hand that wasn’t holding a cigar, and with his forefinger he pointed, out to that dark road.

“There,” he said, “is the open road. Go, my friend. Go out onto that open road and start tramping. But to the right or to the left? That I am afraid is a decision you must make yourself. But go. Go off down that dark highway. I would say God speed, but why bother? If there is a God, and he chooses to speed you on your journey to wherever the hell you think you’re going, I doubt very much he would be swayed one way or the other by anything I might say. So, go – and I wish you the best of luck, my friend, not that anything I might wish will affect your luck one way or the other, but – go.” He lowered his arm, took a dramatic sort of pause, and then continued: “And as for me, well, as for me I am going in that roadhouse and I intend to get righteously drunk, and then I may only hope that I shall succeed in playing a vigorous game of hide-the-salami with little Trixie before I pass out. And so farewell. If I don’t see you round, perhaps I’ll see you square.”

He put his cigar in his mouth, snapped off an army salute, and turned toward the roadhouse.

He turned to face me, and he took the cigar out of his mouth.

“What?” he said. “Afraid of that dark road in the middle of nowhere? Perhaps leading to nowhere? Or to horrors untold?”

“More afraid than of going back into the bar?”

“He heard it all right,” said the voice, and I saw the fly hovering just above our heads, and between us.

“Okay, this is weird,” said Horace. “I didn’t realize my character was going to hear voices.”

I pointed at the fly.

“That fly is your friend?” said Horace.

“At your service, sir,” said Ferdinand.

“But –” said Horace. “I’m confused, if only because I was under the impression that we were in a more or less realistic novel, not some sort of science-fiction, or, how shall I put it, broad fantasy or fable –”

“It appears,” said Ferdinand, “that some changes have been made.”

“So, Arnie,” said Ferdinand, turning his tiny little body toward me, “another fine mess, hey?”

“I am a big fan of your work, sir,” said Ferdinand. “The Penultimate Hit? Trouble on Exxon-B? The Magic Pen Wiper?”

“The God’s Honest Truth? A Desperate Man? Talk to the Six-Gun?”

“You even liked Talk to the Six-Gun?”

“You kidding me? You should write more westerns!”

“So,” said Ferdinand, “I believe there was some talk of entering yon inviting caravanserai?”

“Arnie,” said Ferdinand, “would you in your turn care to answer the question Mr. Sternwall has just put to me?”

“I think Ferdinand would probably go for a drink, Horace,” I said.

“A ha!” said Ferdinand. “You see, Mr. Sternwall, our friend Arnold knows me only all to well!”

“So you will join us for a libation?” said Horace.

“Certainly I will,” said Ferdinand, “and with pleasure! And I believe I also heard some talk of ‘hiding the salami’?”

“And so also in the insectoid breast,” said Ferdinand. “Lead on, good Mr. Sternwall, lead on!”

“Oh, but you must call me Horace, sir!” said Horace.

“And you in turn must call me Ferdinand,” said Ferdinand. “Or Ferdy if you will!”

“Ferdinand or Ferdy it is, then!” said Horace. “Arnold, shall we hie us hence?”

“He means let’s get a move on, Arnie,” said Ferdinand.

“Great,” said Horace, and putting his arm in mine he started back to the roadhouse, pulling me with him, with Ferdinand buzzing merrily in circles above our heads.

I didn’t mind going back to the roadhouse now.

He was my friend.


(Continued here, thanks in part to the sponsorship of Bob’s Bowery Bar™, at the corner of Bleecker and the Bowery. “A cool dark haven of solace amidst the hurly-burly of the modern world. Try Bob’s own ‘basement-brewed’ house bock – goes delightfully well with the house-cured tongue sandwich!” – Horace P. Sternwall, author, poet, and motivational speaker.)

Ferdinand is so loyal and intrepid!
He's begun to seem like Arnold's superhuman winged guardian.

We could all use a guardian angel – even if he is a smart-mouthed fly who likes to get drunk!

Even if? That's the best kind if you're lucky enough to find one.