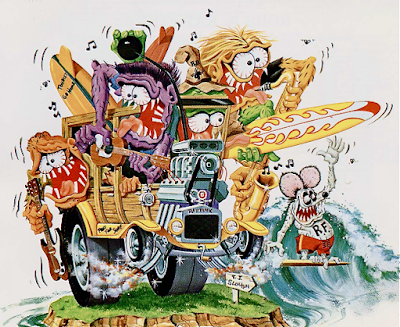 On a wet August night in 1957, in a Greenwich Village bar called Valhalla, our hero Arnold Schnabel attempts to escape only the latest in a lifelong series of awkward situations by entering a dark room labeled “Private”…
(Kindly go here to read our previous chapter; click here to return to the very beginning of this Gold View Award©-winning 96-volume memoir which you may now for a modest emolument read in your own good time on your Kindle.)
“I shall never forget that drizzly cold November day when, having entered a Walgreens in search of a Benzedrine inhaler, I found myself gazing at a carousel of lurid paperbacks, and there, in an Ace Double tête-bêche -- Horace P. Sternwall’s excellent (and now sadly out-of-print) Journal of a Winter in Budapest was the other book included -- I saw for the first time that first edition of the first volume of Arnold Schnabel’s masterpiece. And from that moment forth, my life was changed, changed utterly.” -- Harold Bloom, in Better Homes and Gardens.

I stood with my back to the door. I was sweating. I had never stopped sweating since entering this tavern, but somehow now I was sweating even more voluminously, or at least so it seemed to me. I could feel the sweat seeping out of me and into my clothes, and not just my shirt and my boxer shorts, I could feel my jeans and my seersucker jacket growing more sodden and heavy each passing slow moment. I stared into the darkness and then I heard the voices of Emily and Julian from the other side of the door.

It sounded like Julian was right on the other side of the door.

He was definitely on the other side of the door, with his back to it, so that he and I were standing back-to-back only inches apart. I held my breath.

“But I really must hit the sack, Edna.”

“You called me Edna.”

“You did. You called me Edna.”

“No I didn’t. It’s this damned rock-and-roll music they’re playing in here. Can’t hear yourself think.”

“I heard you call me Edna.”

“I assure you, you misheard me.”

“Then what did you say.”

“I heard that part. Then you called me Edna.”

“Arabian is a nationality.”

“Just as there are French names,” said Emily. “Russian names. Ivan, like.”

“Yes,” said Julian, “exactly. But I was only saying that Christians seem to be the only ones who call their first name their Christian name.”

“Why would a non-Christian call their first name their Christian name?”

I turned my head and whispered into the wood of the door:

“I thought I heard someone else.”

“I thought I did too, but after all it is noisy in here. Emily.”

“Let’s have another drink.”

“You’ve already been to bed tonight.”

“Heh heh, well, that’s true, Emily, but I really must get some sleep, heh heh.”

“Well, I do tend to drift into the arms of Orpheus after, you know --”

“You didn’t fall asleep after. You fell asleep during. Or, technically speaking, before.”

“Before we were able fully to engage in the act of, you know --”

“Yes. Just as we were starting to get somewhere you suddenly started snoring.”

“I should know. You should know, too, for that matter. And now you do.”

“Impossible. We can’t do it right here in this public place. Even if this is the Village.”

“What about in there?”

“That room behind that door you have your back against.”

I was still standing with my back to the door, staring into the darkness.

“This door?” said Julian, and it sounded as if he had turned to look at it.

The room I was in appeared to be windowless, the only and very slight illumination being that which seeped in around the edges of the door I had my back to.

“What better than a room marked ‘Private’?” said Emily.

I couldn’t make out anything in the room, everything was darkness and shadows, some shadows darker than others.

“Try the knob and see if it’s locked,” said Emily.

“Gee, you really think we should?”

I had to try to escape somehow. But how?

“Go ahead, Julian, turn the knob.”

“What if we get in trouble?”

“You’re a wealthy and very well-dressed young publisher. You’re not going to get in trouble.”

I scrunched my eyes shut and tried to will myself back into my old body, in my old world, in Mr. Arbuthnot’s kitchen, even if in that world I was in a state of excruciating and perhaps permanently crippling pain.

I opened my eyes and sure enough, I was still there.

Just then, turning my head back and forth like a cornered animal I noticed the faintest possible gleam of light to my left and upward.

I heard the doorknob turning, and I stepped to the left, arms outstretched, and after two or three paces I bumped into what I now saw was a spiral metal staircase, just barely visible, and up above I saw the thin grey-yellow rectangular outline of a door.

Finding the handrails of the staircase with my fingers I started up the stairs.

“I just don’t want anyone to see us going in,” said Julian.

“Wait, did you hear something in there?” said Emily’s voice.

By this time I was at the top of the staircase and face to face with a door. I felt with my hand around where a doorknob would normally be, and I found one.

I opened the door. It gave onto a short dark and very narrow hallway, but there was a pale yellowish gleam at the other end.

“Come on in, big boy,” said Emily’s voice back down below.

I closed the door behind me as gently as I could and then went quietly toward the pale light.

The hallway opened up into a shadowy room filled with narrow rows of high shelves packed with books. There did seem to be an electric light on somewhere in the room, but it must have been way over on the other side. I took a step and almost tripped over a large cardboard box filled with books.

It was an old man’s voice.

A little old man emerged from the shadows between two bookshelves. Yet another little old man, this one in an old- fashioned dark suit with a wing collar. He held a lit pipe, one of those little pipes with a long curved stem. He was round and small and mostly bald, and he wore pince-nez glasses like the ones Theodore Roosevelt used to wear, with a ribbon dangling down and tied to his collar button.

“Were you looking for the gentlemen’s facilities?”

“Oh, my dear, I hope you’re not here to rob me. I have precious little cash on hand, but what I have you’re welcome to, of course.”

“Not from the police I hope.”

“From a young lady perhaps.”

He stepped forward and offered me his hand.

I took his hand. It was soft and pudgy and a little damp.

He was yet another one of these long-shakers, as if his little hand were some sort of eager little animal trying to mate with my own hand. I pulled my hand away.

“Not the rising young bohemian poet?”

“This is an honor indeed. May I offer you some sherry, Mr. Walker?”

What the hell, as long as I was there.

“Splendid. Follow me, and mind your step,” said Mr. Philpot.

He turned back into the shadowy alleyway between the bookshelves.

(Continued here, what else can we do.)

(Illustration by Ed "Big Daddy" Roth.)
(Please turn to the right-hand column of this page to find a current listing of links to all other legally-accessible episodes of Arnold Schnabel’s Railroad Train To Heaven©. This week’s episode brought to you by Schmidt’s Beer: “It was good enough for Arnold Schnabel and it’s good enough for you!”)
Posted by Dan Leo at 1:33:00 AM

I could use more doors in my life, let alone spiral staircases. Onward, Arnold!