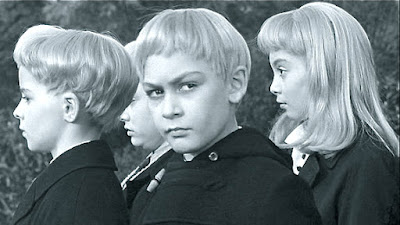 Our memoirist Arnold Schnabel, on a mission to bring the recently-deceased Mr. Jones back to the world of the living, has descended with that venerable gentleman to the gate at the foot of the hill on top of which sits God’s house. After trying and failing to return thence to the world of the living by closing their eyes and concentrating, Arnold and Mr. Jones are wondering what to do next when an intercom on the gate post rings. Arnold picks up the receiver to find that it is St. Peter on the wire...

(Click here to read our previous thrilling episode; the bold of heart may go here to return to the very beginning of this Gold View Award-winning 44-volume masterpiece of confessional prose).

“Shortly before his fatal accident I visited my old friend Roland Barthes in Paris, and one brisk afternoon at Les Deux Magots I showed him several of Arnold Schnabel’s then-unpublished notebooks. For an hour he sat transfixed, smoking cigars and sipping pastis, looking up only occasionally to ask me for elucidation of a particular American idiom or pop-cultural reference. When he had finished he looked at me and said, 'Enfin, la verité.'” -- Harold Bloom, on The Charlie Rose Show.

“Now,” said St. Peter’s voice, “in a clear tone -- but without shouting -- speak into the lower grill and please tell me why you two are loitering down there.”

“Nothing,” I said, leaning forward, speaking into the lower grill. “It was just Mr. Jones, saying --”

“He was just saying to tell you what our problem is,” I said.

“We don’t know which way to go. To get back to the world of the living.”

“Why didn’t you ask me before if you didn’t know?”

“Unless you want to go to hell or purgatory, in that case go to your right.”

“Mr. Jones said thank you very much,” I said into the grill, “and, uh, now we’ll be heading homeward.”

But then I heard a click, and only silence.

I hung up the receiver, then closed the green metal box. I turned to Mr. Jones

“Well, I assume he meant left facing the road.”

“But you were facing the house when he said that, and he said go to your left.”

I hesitated. I glanced at the intercom box, and then I looked up at the house. I could see St. Peter sitting in his rocking chair, undoubtedly watching us.

I hesitated and then pointed to the left, the left facing the road.

There was no traffic of course so we walked out into the brick-paved road and started walking to the right -- well, to be accurate I started limping and Mr. Jones started shuffling, with Mr. Jones walking along the side of the road and me more towards the middle.

After a few paces we began to hear the sounds of birds, chirping and chattering.

“So they got birds up here,” said Mr. Jones.

“They must all be in the woods,” I said.

The birds screeched and keened, we walked along, with the woods to our left and to our right a high spiked wrought-iron fence, bordering God’s property.

“I wonder if that fence is to keep people out or in,” said Mr. Jones.

I said nothing. The birds really were making a terrible racket.

Then I thought I heard a ringing noise again.

“Hear what? All I hear is them damn birds. Reminds me of the goddam Philippines, goddam birds making a racket all day, enough to drive you nuts. You ever been out to the Philippines?”

“What the hell does that mean?”

“Well, I’ll tell you about it some other time.”

“I went back in time and I was in the Philippines.”

“No kidding? How far back in time.”

“You have a good time there?”

“Too many goddam bugs?”

“No, it wasn’t that, it was just -- well, something very unpleasant happened.”

“Oh, here we go again. Cherchez la femme. What is it with you and the frails, Arnold?”

I said nothing. The birds screeched and cawed, although I still couldn’t see any of them.

“You didn’t bump this guy off, did you?” asked Mr. Jones.

“This broad’s husband. You didn’t bump him, did ya?”

“Oh really? What kind of accident?”

“He -- he fell off of this second-floor veranda.”

“And how did he happen to fall?”

“Because he caught you with his wife?”

“Always a dame with you young guys.”

“Not that I am pointing the finger, mind you. I was the same way, always some dame. Or dames. You get so excited. At the time. At the time you get excited. Thinking nothing of the fact that this beautiful young woman -- or, let’s face it, as often as not this merely acceptably attractive youngish or even no longer quite young woman -- that this at least not completely unattractive and not elderly woman would soon enough grow old and shriveled. Just as you yourself someday would. What was your question?”

“I seem to remember you asking me a question.”

I tried to remember, but sometimes it’s as hard to remember what you’ve just said two minutes ago as it is something you said two decades ago.

“Yeah. Shut up and listen.”

He put his hand on my arm, and we both stopped.

“That’s what I mean. Them birds stopped making that infernal racket.”

Mr. Jones still had his hand on my arm.

He took his hand off my arm and pointed to the right side of the road. We had passed the grounds of the house and now there was a forest on this side as well as the other.

I looked to where he was pointing, and there, within the dimness of the thick pines and cypresses and willows and undergrowth I now a dozen or more small children, standing silently, looking at us.

“Who the hell are they?” said Mr. Jones.

“What? Are they demons? Hell spawn?”

One of the little children left the others and came slowly out of the forest. He was a little Oriental boy. He came out as far as the dirt path that ran along the side of the road.

“He asked for chocolate I think.”

“Any bubble gum? Nothing?”

I patted my pockets.

Mr. Jones shook his head, then turned to the little boy.

“No got chocolate,” he said. “You want cigareet?”

“Mr. Jones,” I said. “You shouldn’t give cigarettes to little kids.”

He already had a pack of Luckies out. He turned and looked at me.

“We’re in the goddam land of the dead. These brats are dead and there’s nothing bad a cigarette can do to them. Not any more.”

The little boy came over to us. He was wearing shorts, a tee shirt, brown shoes with no socks. He held out his hand.

Mr. Jones gave the pack a shake so that a few butts protruded, then he paused, and said, “Ah, hell, take the pack. But share ‘em with your friends.”

Mr. Jones handed him the pack, and the boy immediately took one out and put it in his mouth. Mr. Jones took out his matches and gave the kid a light.

“Thanks, Joe,” said the little kid.

“Here, keep the matches, too,” said Mr. Jones, and he gave the kid the book of matches.

Then, without a word, the boy walked back into the forest to join the rest of the children.

“Ballsy little kid,” said Mr. Jones. “I like that. I wonder what they did that they gotta live in them woods like that?”

“They must be the pagan babies,” I said.

We resumed walking, or rather shuffling, and limping. From the corner of my eye I could see the children in the dimness of the woods, the pale smoke of their cigarettes rising up into the branches and the leaves of the trees.

I didn’t realize it at first, but the sound of the birds now resumed, the screeching and the cawing, gradually becoming even louder than before.

(Continued here, and for who knows how long now, as yet another trove of Arnold Schnabel’s notebooks have been recently discovered, buried under a stack of The Catholic Standard & Times in the attic of his aunts’ house in Cape May, NJ.)

(Please refer to the right-hand column of this page for an up-to-date listing of links to all other street-legal chapters of Arnold Schnabel’s Railroad Train To Heaven©. Tickets still available for the "Annual Arnold Schnabel Walking Tour of Cape May", followed by an “Autumn Hootenanny” at the VFW featuring “Freddy Ayres & Ursula and their Swingin’ Songs of the Seaside, with Special Guest Magda on the Hohner Clavinet”.)

really good end section, the image of the kids smoking in the woods