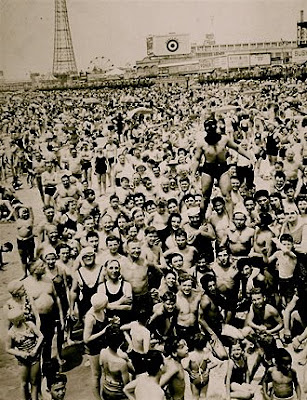 A brief recap of this unexpurgated sprawling masterwork by the man Harold Bloom called “the American Shakespeare”, Larry Winchester:

A recently discharged young soldier named Harvey returns to his depressed hometown of Disdain, NM, in early September 1969. The dodgy local rancher Big Jake Johnstone hires Harvey as a guide for his mysterious and glamorous guests Dick and Daphne Ridpath. A couple of nights later, Dick, Harvey and Daphne, accompanied by the local sculptress Enid and the English rock star Derek Squitters, attend a peyote ceremony in the Quonset hut of Paco, a Native American brujo, or medicine man.

A strange grey little creature in a sailor suit appears in Paco’s doorway. He greets Dick by name and offers his hand. Dick takes it...

And he thought, Okay, this is it, here’s where I finally go insane, and he braced himself for it, thinking at the same time, How can you brace yourself for going insane?

But oddly enough he felt himself not panicking, not going insane.

For one thing he was remembering everything now, especially the six days he had spent with the little sailor and the little sailor’s friends in some sort of aircraft, back in January of ‘65, those six days which had resulted in his being kidnapped a week later and tortured, drugged and interrogated for another week by persons unknown, and he remembered last night being in this strange aircraft again, and Hope being there, and their being urged to have sex in that bright room, and their not being afraid for some reason.

And he remembered everything else in his life, every moment of his life both waking and dreaming, every moment when he’d sat staring into space waiting for the next moment to come and go. He remembered sitting in the Clef Club down in South Philly listening to Coleman Hawkins with Daphne’s father Mac and Mac saying he would have a word with his old friend Admiral Quigley about getting Dick into naval intelligence. He remembered every time he had ever had sex and the smell and feel of every girl or woman he had ever been with and all their names except for the names of the ones he hadn’t quite caught in the first place. He remembered going back in time to Belle Époque France with his friend Arnold Schnabel. He remembered being born, the bright lights and the smell of his mother’s blood. And before that the womb, the warm wet darkness, the sound of his mother’s heart, those mysterious muffled sounds from outside. He remembered each moment of his life all at once as though his life were one long moment including this present endless moment of darkness and silence.

He realized he felt oddly phlegmatic about it all.

Well, and now what?

Was he dead? Was he insane?

No, he was going somewhere, and, oddly enough, he wasn’t afraid.

(Click here for our next spine-tingling chapter. And please check out the right hand side of this page for an up-to-date listing of links to all other extant episodes of Larry Winchester’s A Town Called Disdain™, an Irwin Allen production.)

A word from Scott Walker:

I like that you made him hear the heart beat of his mother back in the womb, very original.
I wonder what's happening with him and the little alien creature.

Hang in there, Manic. I'm pretty sure Larry will get back to the little creature. Eventually.

And, Kathleen, thanks for adding a word to my vocabulary. A quick googling assured me that, no, it was not a spicy vegetarian Indian dish!

Disdain is not near Roswell, New Mexico, by any chance?
Either that or the little grey man is Mescalito Himself.

Disdain is the hipper alternative to Roswell that hasn't been overrun by the tourists.