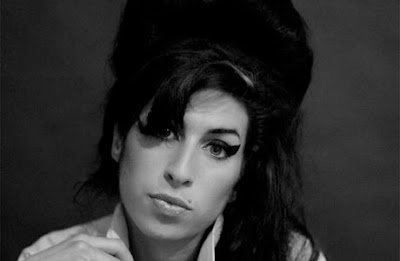 In our previous entry in this unexpurgated serialization of the memoirs of “the Rhyming Brakeman”, Arnold Schnabel, our hero took his usual long evening swim, during which he encountered a sunken concrete ship, a nun, and an abandoned World War II artillery bunker.


I took my shower, went up to my attic room and changed. I decided to go visit Elektra after all, even though I had seen her just the previous night.

I went downstairs quietly and crept out the side entrance so as to avoid my aunts and mother and Kevin, but unfortunately Kevin was sitting on the porch and he saw me trying to make my escape.

I hesitated, tempted. Sure enough the proud theme of Combat! blared from the Philco in the living room. But I stuck to my guns.

“Are you going to see Electric?”

I went around to the back of their house, behind the shop. I hadn’t noticed it before, but there was a buzzer-button to the side of the door. I pressed it and waited. There was no response. I pressed it again. Nothing. I stepped back and looked up. Light came from the upstairs windows, but that meant nothing with this wild and wooly Bohemian crew.

I headed over to the the Ugly Mug. If they were there, fine; if not, well, beer was there and that was fine too.

Sure enough the four of them were all sitting in a booth with a pitcher of beer.

They all said hello back to me, but it was awkward, there wasn’t room for a fifth in the booth.

I found an empty stool, and ordered a Schaefer. A song about some guy named Louie was on the jukebox.

Just as the bartender was putting down my mug Elektra came up next to me.

She had that mass of dark hair piled up high on her head in some strange fashion.

“Did you write that poem about me yet?”

{Arnold did indeed write the poem the following week. — Editor.}

“Where have you been all day?”

I told her about my trip to the library, leaving out my search for solid information, and if possible pictures, concerning the female genitalia. I told her of my trip to the duck pond with Kevin, of my swim, the concrete ship, the nun. I left out the part about my writing a poem, as I didn’t want her to feel slighted because it hadn’t been about her.

“So you’ve had a pretty full day?”

Her dress was printed with red and black polka dots on a white background, and its scooped décolletage revealed the swelling of the upper part of her breasts, which, because she was standing and I was sitting on a barstool, were that much closer to the level of my eyes. I could feel the warmth of her body, and I found myself not answering her question but saying:

“Finish your beer,” she said.

I finished it in two more gulps. It was then that I noticed that fellow Steve, on the other side of the bar, sitting near a group of young coast guardsmen. He was waving merrily to me. I nodded and got off my stool.

Elektra went and got her purse, said a quick goodbye to her friends, and we were soon out the door.

She put her arm in mine as we walked down Washington Street. She looked up at me.

“You know, Arnold, I don’t usually behave this way.”

I hurried her along. I wouldn't put it past Steve to come tripping after us.

“I don’t want you to think I’m just ready to jump into bed with you whenever you feel like it,” she said.

“But luckily for you I feel like it too.”

“What are you doing?”

“I want to try this yodeling thing,” I said.

“Yodeling? Is that what it’s called?”

So I blindly gave it the old college try. (Not that I ever went to college.)

After a minute she said, “Arnold, that feels good.”

“Really?” I said. I have to admit I didn’t mind doing it, although I wasn’t sure how long I could continue.

“But, baby, stop making that noise.”

“You mean the yodeling?”

“Yes, the yodeling. It was funny at first but it’s distracting already.”

“No, keep doing it, just stop making that noise.”

Well, you really can learn something new every day.

“Where exactly is this little man in the boat?”

She touched it with her finger.

[The next nine lines of Schnabel’s holograph have been completely cross-hatched out, in one of his occasional instances of apparent self-expurgation. — Editor.]

I stopped. I rested my head on her thigh. I dozed for perhaps a minute, then woke up, raring to go.

I lay there next to her. Soon she was sound asleep, on her side.

This was a predicament. I wondered if she would mind if I just went ahead while she was sleeping, but on second thought that seemed rude.

After a while I got up and got dressed in the dark, and left quietly, gently closing her door behind me.

I walked home without incident.

Up in my room I turned on my electric table fan and read a few more lines of this Waste Land poem. I wasn’t too impressed until I came to this line:

“I will show you fear in a handful of dust.”

That was a line I wouldn’t mind having written. I quit while I was ahead, closed the book, and put out the light.

The leaves of the oak tree in the yard jittered and whispered outside my little casement window, as if they wanted to come in.

I imagined Elektra’s body, her smell, her smells, the sounds she made, and while doing so I went ahead and committed what is allegedly a mortal sin. Not that one more mattered at this point.

And then I too slept.

(Click here for our next thrilling chapter. Please go to the right hand column of this page to find links to other episodes of Railroad Train to Heaven, as well as to many of Arnold Schnabel’s splendid poems.)
Posted by Dan Leo at 5:15:00 AM

"I wondered if she would mind if I just went ahead while she was sleeping, but on second thought that seemed rude."

I'm with Jennifer here. For such a novice, Arnold possesses laudable decency--at least sexually.
It's still rattling my always tenuous faith that he would so blithely let a concerned woman (that spectral nun) believe he was safe when he was recklessly swimming in the dark.
On second thought, though, perhaps I should applaud Arnold's instinct for the way life works: Swimming in the dark so perfectly sums up life as we all live it.
And only a cloistered nun might not realize that--a cloistered nun and for a few days here, me.

"The leaves of the oak tree in the yard jittered and whispered in my little open window, as if they wanted to come in."

that's exactly what they do-bravo