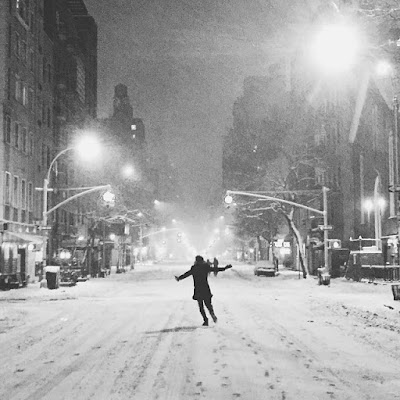 It was the first Christmas card Gerry “the Brain” Goldsmith had received since his college days, and it was from his younger brother Alistair, whom he hadn’t heard from in at least twenty years.

Inside the card was written:

“Dear Gerry, I know it’s been a long time but I thought perhaps we could have a drink next week. Could you meet me at the bar at the Plaza on Friday, say, 4pm? Please reply by return post if this is convenient for you. As ever, Al.”

As ever? As far as Gerry knew, Alistair had never liked Gerry. What could this be about? But who was Gerry to be churlish? He had never sent a Christmas card in his life, but he immediately went out to the drug store and bought one, then went to the post office, bought one stamp, and sent it off to Alistair, with a note saying he would be delighted to meet him at the Plaza the following Friday, which happened to be Christmas Eve.

Gerry deliberately arrived fifteen minutes late, because he knew the drinks at the Plaza would be expensive, and he didn’t want to get stuck having to pay for one himself.

Sure enough, there was Alistair. He looked fat, and worried.

The next half hour soared with tedium.

Alistair had three kids, they were all doing well, one was already at Harvard, carrying on the family tradition. His wife was doing well. His business was doing well. Gerry wanted to scream with boredom. How was it he could happily spend hours at Bob’s Bowery Bar with the bums and degenerates and not be bored, and yet here he was with his own flesh and blood, and all he wanted to do was escape?

Finally Alistair got to the point.

“Anyway, Gerry, I guess you’re wondering why I got in touch after all this time.”

“I must say I was surprised.”

“Aunt Edna? What about her?”

“Well, I mean, about her passing away, and her will.”

“Oh, yes, very sad, but she lived a long life, what was she, eighty something?”

“Yeah, in her eighties. But, look, I heard about what she left you.”

“Oh, really? Well, I must say I was pleasantly surprised she left me anything.”

“A thousand dollars isn’t much, Gerry.”

“To me it’s a lot. You see, it’s allowed me to get my old typewriter out of hock, and so now I can finally finish my book.”

“Your book. Wasn’t that supposed to be a book of philosophy or something?”

“Yes, a book of philosophical reflections. My latest title is Raindrops on a Leaky Roof.”

“That she only left you a grand.”

“No. Why should I be disappointed? I’ve never had anywhere close to a thousand dollars in my life.”

And finally Gerry understood. Aunt Edna must have left Alistair a packet, because he worked, because he had a family and was an upright citizen, because he was everything that Gerry decidedly was not, and Alistair was afraid Gerry might make a stink and try to get some more money.

Gerry had never liked Alistair, and he didn’t like him any more now, but when Alistair took an envelope out of his pocket and slid it over to him on the bar top, Gerry took it. He was no one to look a gift horse in the mouth.

“Just a little Christmas present,” said Alistair. “Well, look, I have a train to catch, so have a good holiday, Gerry, and let me know if your book ever comes out.”

Gerry didn’t even open the envelope until he had settled onto his usual stool at Bob’s Bowery Bar. There were five twenties in it. He took one out and put the rest away.

Christmas Eve or not, the bar was filled with all the usual gang. To Gerry’s immediate left sat Hector Philips Stone, the doomed young romantic poet, staring into an empty glass.

“May I buy you a beverage, Hector?”

“Of course you may, Brain,” said Hector. “But I shall not be able to reciprocate.”

“Your lugubrious presence is all the reciprocation I should want,” said Gerry “the Brain” Goldsmith, and he signaled to Bob. “Bob, two bocks, please, and take it out of here.”

Bob didn’t see too many twenty-dollar bills in here, and he held it up to the overhead light.

“I hope it’s not counterfeit,” said Gerry. “It was a Christmas present.”