The Memoirs of Arnold Schnabel: “the blues” 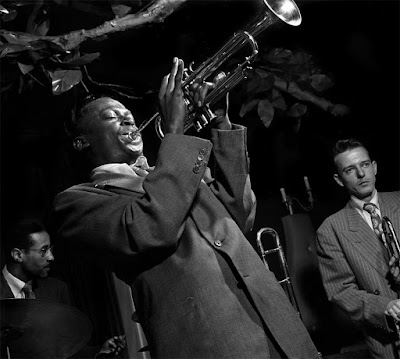 We left our hero Arnold Schnabel here in the crowded and smoky Bob’s Bowery Bar in the company of “Nicky” (aka the prince of darkness and the angel “Gabe”...

(Kindly click here to read last week’s thrilling episode; if you would like to start at the very beginning of this Gold View Award™-winning 69-volume memoir you may go here to purchase Railroad Train to Heaven: Volume One of the Memoirs of Arnold Schnabel, available both as a Kindle™ e-book or as a six-by-nine inch softcover old-fashioned actual “book” printed on FSC certified, lead-free, acid-free, buffered paper made from wood-based pulp.)

“Nowhere in the vast world of literature do we find such a vast panoply of memorable characters (including both the son of God and the prince of darkness) as in the roiling and profuse canon of Arnold Schnabel.” – Harold Bloom, in the Seventeen Magazine Literary Quarterly.

He paused, and his body swayed forward a bit, his head drooping, but then he abruptly straightened up again. His mouth was agape, and his formerly pearly white teeth now looked as if they were coated with old and peeling yellow house paint. He licked his pale lips with a grey dry pointed tongue. He looked around as if wondering where he was, and then his gaze stopped on his fellow angel.

“So, Gabe,” he said, suddenly, “how’s it going, old buddy? It’s been like fucking millennia. Or was it yesterday, or even earlier tonight? What difference does it make. What is time?”

“Time don’t mean shit to such as you and I, my brother,” said Gabe.

“Ha ha,” said Nicky, but with little apparent mirth. “But, no, seriously, how is it going, man?”

“You still blowing that horn I see.”

“I don’t want to hear that shit,” said Nicky.

“Then don’t ask the question, my brother.”

“I really do not need to hear that shit.”

“Hey, pal, you may be a hotshot horn player in heaven and all, but I reign in Hell, motherfucker!”

“It is good for me. It’s great. Everything is great with me, man. Couldn’t be better. I’m fucking great.”

“You don’t look so great, my brother.”

Nicky paused again, staring at Gabe. I’ll be honest, I was glad he was talking to Gabe, and ignoring me, and I even entertained the idea of trying to slip quietly away if an opportune moment presented itself.

Gabe didn’t say anything. He had been holding his trumpet in his left hand, and he raised it up to chest level and began pressing the keys with the fingers of his right hand, nodding his head as if listening to a tune in his brain.

Suddenly he fixed his gaze on me, as if he had just remembered that I was there.

“Oh. Hey. Arnie,” he said. “I forgot. Because of that reefer you gave me. I was going to drag you down, down, down, to the everlasting, you know, whatevers –”

“Yeah, smoked it all, finished it right there at the bar. The bartender didn’t even say anything.”

“He probably thought you were just smoking a hand-rolled regular cigarette,” I said. “And, hey, it’s so smoky in here, who’s going to notice a little reefer smoke?”

“Y’know, you’re absolutely right, Arnold,” said Nicky. “It’s so fucking smoky in here. I mean, not as smoky as you know, down there –”

He pointed to the floor.

I took the partially smoked reefer that Gabe had given me out of my shirt pocket, and I proffered it to Nicky.

“Another reefer,” he said.

“Is it the same like wicked shit as that last one?”

“This shit is even better,” I said.

“Much better. They call it Winged Stallion.”

“Yes, because it’s like a great winged stallion soaring through the canyons of your mind.”

“No shit,” I said, and Gabe chuckled.

He took the reefer, stuck it in his lips, began tapping his various pockets looking for his lighter, but Gabe was right on it, clicking his gold lighter alight in front of Nicky’s face.

“Oh, thank you, man,” said Nicky, taking the reefer away from his lips just long enough to say those words, and then he put it back into his mouth and let Gabe light him up.

He "toked" deeply, once, twice, thrice, then held it in, staring bug-eyed at me with those bloodshot eyes, and I saw that they were in fact rimmed with blood, or something that looked like glistening bright red blood. Then he took his bloody gaze away from me and transferred it to Gabe, who had made his lighter disappear, and now held his trumpet higher, the fingers of his right hand dancing on the keys.

The jukebox was still playing through all of this, it was Cab Calloway now, singing “Minnie the Moocher”. The crowd of drunks surged and thronged mere inches from our little group.

After what must have been a full minute Nicky exhaled the reefer smoke, another great cloud, but I must report that it had a very unpleasant odor, like burning cow dung.

He went into a coughing fit, and specks of blood sprayed from his mouth. He pulled the filthy handkerchief from his suit-coat breast pocket, wiped his lips, I could see smeared blood on the handkerchief. He shoved it back into his pocket.

“You chaps want a toke?” he said, and he held out the reefer. The unlit end was wet with blood.

“More for me,” said Nicky, and he put the reefer to his bloody lips again, and drew deeply.

As he held in his smoke he gazed at me with those blood-rimmed eyes again. I wanted to get away, but I was afraid to move. I knew how volatile he was, I had witnessed his volatility on many occasions, and I didn’t want to get him upset if I could help it, or to do anything to remind him of his stated intentions towards me, that is to drag me screaming down to the everlasting fires of hell. Could Gabe help me? He was an angel after all, wasn’t he?

But then a very strange thing happened.

“Minnie the Moocher” ended, and in the relative quiet that followed with the absence of music – although drunkards continued to laugh and shout, but now as if they were far away, or as if they were in the background in a movie – Nicky slowly exhaled another great cloud of noxious smoke, and as it did he seemed to grow thinner, as if he were expelling his own inner corporeal host transformed into this foul exhalation.   He looked at me, he was coughing again, spitting blood again, and I was afraid, because somehow I knew that if he was going to take me, then this was his last chance.

He took another good one, and then another, and another, and now the reefer was only a tiny red glowing stub. He popped it into his mouth. His Adam’s apple made a gulping movement. He stared at me, holding his breath.

He held it in.

I heard trumpet music, and I turned and it was Gabe, blowing on his horn, his cheeks billowed tightly, his brown skin shining through the smoke haze.

I turned to look at Nicky again, and now his face had turned from urinal-pale to the color of ash. He was still staring at me, or at least in my direction, but then his coal-black eyes rolled up into his head, and the whites of his eyes were now all the color of blood.

He exhaled, finally, another great cloud stinking of burning cow dung, of burning dirty underwear, of fields of rotting corpses, and through this cloud I saw Nicky fade away, into nothingness.

Gabe continued to blow his horn straight at the empty space where Nicky had stood, long, long, thick sad notes, the saddest music I had ever heard.

I guess it was what they call the blues.


(Go here to read the concluding chapter of this, the tenth volume of the memoirs of Arnold Schnabel...)