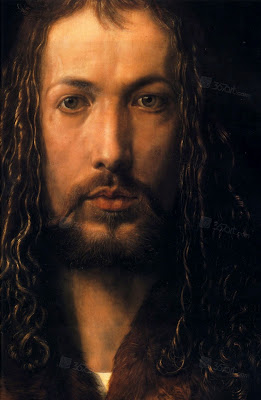 Let’s return to the crowded and jumping Bob’s Bowery Bar on this rainy hot night in 1957 and rejoin our hero Arnold Schnabel, at long last reunited with his deific friend “Josh”…

(Please click here to read our previous chapter; housebound agoraphobics looking for a new means of amusement may go here to start at the very beginning of this Gold View Award™-winning 71-volume masterpiece.)

“I foresee a day when Arnold Schnabel’s towering chef-d’œuvre will achieve if not surpass the popularity of the sagas of Harry Potter and Katniss Everdeen.” – Harold Bloom, in The Philadelphia Daily News Literary Supplement.

There we were, the son of God and I, surrounded by this mob of dancing, thrashing drunks. I could tell that Josh was drunk too of course, just as when I’d left him, if not more so, but his black eye and facial bruises had disappeared, and his nice blue suit which had been wet and wrinkled and dirty the last time I had seen him this evening now looked as if it had just come back from the cleaners. His darker-blue tie was neatly knotted and his straw trilby hat sat at only a slightly rakish angle on his head. With his perfectly clean fingers he smoothed down the sleeves and the front of my own filthy seersucker jacket, all filthy, wrinkled and wet as it was even though Emily had given it to me only that afternoon, or at least that afternoon in this universe, an afternoon  which felt to me like six years ago.

“So what happened to the asshole?” he said, as he adjusted the knot of my necktie.

“No kidding?” He took the cigarette out of his mouth and exhaled a gentle cloud of smoke that smelled like roses in early summer. “And how’d you manage that?”

“Well, I had his cigarette holder, you see, and –”

(I was practically yelling to be heard over the music and the all the yelling and laughter all around us, but Josh on the other hand was speaking in a normal tone of voice that was nonetheless perfectly audible.)

“And, excuse me,” he said, smiling, “but how did you happen to have his cigarette holder in your, uh, possession?”

“I picked it up off the pavement after the last time I got rid of him.”

“It was outside Mr. Philpot’s shop earlier. I got rid of him by saying your name, and the name of your father, and of the holy ghost.”

“Yeah, I know. But I couldn’t do that this time because of his ears being stopped up.”

“With the essence of two million – what did you say – bitter men’s souls?”

“So you were paying attention earlier.”

“Arnold, I always try to pay attention. But it’s not always easy you know, when you’ve got a whole universe crying for your attention.”

“I know,” I said, although of course I didn’t know.

“Although, gee, if I succeed in becoming human, I guess I won’t be even attempting to try anymore.”

“You’re human, do you find it hard to pay attention to every little thing?”

“I pay attention to very little beyond what’s right in front of my nose, that and the usual chaos of random thoughts and images swirling in the great echoing cavern of my brain.”

“Heh heh – so, you were saying something about the jerk’s cigarette holder –”

“Oh, right, well, on impulse I took it out of my pocket and looked through it at him, and his face at the other end was the face of a big crying baby.”

“Which is what he is, really.”

“Then, and again I don’t know why, but I put the mouthpiece into my lips and blew, and it was like some great wind just blowing him away, and he disappeared into the crowd.”

“How did you know to blow through the cigarette holder?”

“I didn’t. It just seemed like a good idea at the time.”

“Well, it worked, so, you know, remember that for next time.”

“The cigarette holder. Someone bumped into me and I dropped it.”

“Yes, because what will you do if he reappears again? And he probably will.”

“I’m sure you’ll think of something.”

“I appreciate that,” I said.

“Yes, Emma, what happened with her?”

“My guardian angel dragged her off, through the crowd –”

He took a drag on his cigarette, and gazed out at that mob of dancing drunks who surrounded us. I noticed that he didn’t seem to be sweating at all. As for me, I was pouring with sweat, for the one-hundredth time that day. He turned back to me.

“You see, normally these sort of things are group decisions. You know – me, my father and the, uh, other guy.”

“And indivisible. So, you see, my father and H.G. assigning you a guardian angel without even consulting me – well, it’s as if they’ve already written me off, isn’t it? Or maybe – just maybe they’re warning me – you know, like, ‘Hey, you wanted to be human. Deal with it.'”

I was trying to listen and to be sympathetic, but on the other hand I suddenly once again felt the need to urinate, and soon. It was all those beers I had chugged at that crazy woman Nadine’s house and at that Bill’s Bar with that pathetic guy Slick.

“Some guardian angel,” he said.

“If he’s supposed to be your guardian angel then why isn’t he here, you know, guarding you?”

“We got separated in this mob.”

“If he was doing his job properly he wouldn’t have allowed you two to get separated. Did he tell you his name?”

“I don’t want to get him in trouble.”

“I didn’t realize angels got old,” I said.

“I really do think he was trying his best,” I said.

“There’s a reason he’s working down here in the Bowery, you know, Arnold.”

“You know what that reason is?”

“I guess there’s a lot of people around here who need a guardian angel,” I ventured.

“People everywhere need guardian angels,” he said. “But Bert works on the Bowery because this is where all the hopeless cases are. They can’t be helped anyway, so we give them Bowery Bert, who can barely help himself.”

“He really did try to help me,” I said. “And right now he’s probably trying to get Emily back to Julian –”

“Julian Smythe. He’s my publisher, or at least he’s my publisher in this universe, and anyway he came here with Emily, and so Bert and I thought we would try to sort of –”

“Get him to take care of her.”

“Whatever. Bert still shouldn’t have let you get separated like this.”

“Oh, that’s right! You wanted to get some food! Well, we’ll get you some! Where’s that waitress? I’ll bet they have really good food here –”

“Probably the burgers are good –”

“I thought you were starving.”

“What was her name – Maureen?”

“So she fed you. Anything good?”

“Well, good! Now we can have our little tête-à-tête talk finally.”

“I need your help, Arnold.”

“Go on. You know you can tell me anything.”

“You know, I still haven’t tried it. Peeing that is. Is it really that boring?”

“Well, it gets boring having to go all the time, but when you’re actually doing it it’s pretty enjoyable really.”

“You’ve convinced me then. I’m going to try it. Shall we go to the men’s room together?”

“I have to warn you, Josh, that things tend to happen to me when I go to the men’s room.”

“Things happen to you no matter where you go, Arnold.”

“What’s the worst thing that could happen?”

I chose not to hazard an answer to that question.

(Continued here, and onward, until Arnold’s last marble copybook has been transcribed.)

(Please look to the right-hand column of this page to find what might well be an up-to-date listing of links to all other published chapters of Arnold Schnabel’s Railroad Train to Heaven©. We still have an extremely limited assortment of Railroad Train to Heaven Action Figures™ left over from this past December’s big Christmas/Chanukah/Kwanzaa sales event, so order now and get a special 90% discount on each and every item in stock, with free delivery on all orders of $10 or more! Our operators are standing by!)

Nice of Arnold to warn Josh that things tend to happen to him in mens' rooms. Although, not the kinds of things I worried about happening when my son was 3 or 4 and insisted on going to mens' room at Grand Central station. Now I sometimes wonder if worse things happen in the women's rest room

If I were Arnold I think I would just use the nearest alleyway! Although, wait a minute, an alley in the Bowery in those days might not be such a great idea...