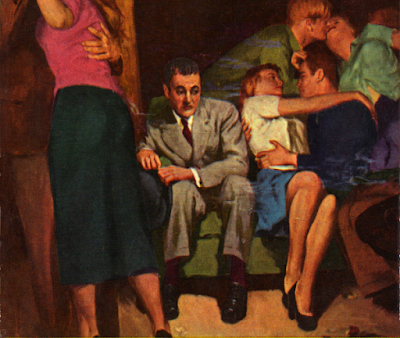 For over thirty years Morton Peabody had cherished perhaps a dozen pet subjects which he would yammer on about to anyone who would listen, but now at the age of forty-eight he had discovered that it was getting harder and harder to get anyone at all to listen.


The Bore, by Horace P. Sternwall; an “Ace Double” paperback original, 1953; published with Twelve Years on the Couch: Memoirs of a Mental Case, by "Herbert Peter Steinberg" (aka H.P. Sternwall).
Posted by Dan Leo at 4:02:00 PM