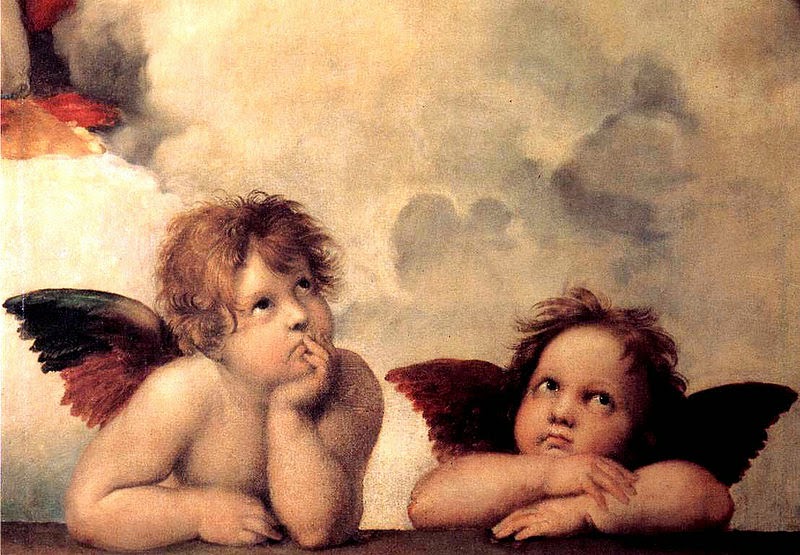 Let’s rejoin our memoirist Arnold Schnabel here on a wet sultry night in Greenwich Village, where he has once again encountered an old nemesis…

(Please go here to read our previous thrilling episode; if you have finally given up hope of ever finding gainful employment for the rest of your life and are looking for ways to fill your time as a ward of the state, then click here to go back to the very first chapter of this Gold View Award™-winning 72-volume autobiography.)

“Yes, it is Passover, and also Easter weekend, but for fools such as I who profess no formal religion there is always that God of Literature called Arnold Schnabel.” – Harold Bloom, in the Journal of the American Medical Association Literary Supplement.


For a few moments, and they seemed like very long moments, no one said anything.

Nicky looked at the gun in my hand, then he looked into my eyes. He looked very surprised.

Yes, never a dull moment in my world, or whatever other world I happened to be in.

The only notable sound to be heard was that muted babbling of  drunken human beings coming from behind the closed door of the Kettle of Fish. Even Ferdinand was quiet and not even buzzing.

The pistol felt cool and heavy in my hand. It had a smooth wooden grip. I had never in my life fired or even held a revolver, although I had spent one morning in the army practicing with a service .45 on the firing range, and barely ever hitting the target. But Nicky was only a few feet away from me; it would be almost impossible even for me to miss him if I pulled the trigger. Then I wondered if this was one of those pistols you had to cock before firing; I had no idea, and so with my left hand I pulled the hammer back and it stayed in that position. Nicky actually flinched as I did this, and finally he spoke.

I didn’t know what to say. I had nothing to say, really. And so I said:

Because of the laudanum I had just swilled, that and all the booze I had been drinking for much of what seemed these fifty-one months since I had last slept, not to mention the LSD and the ambrosia-infused bock I had consumed and the marijuana I had smoked– and maybe also just because I was I – I felt oddly removed from the pistol in my hand, as if it were floating in the air and I was reaching out and holding onto it, keeping it from floating away.

“What do you mean, ‘nothing’?” said Nicky, after an unsmiling pause. “What the fuck do you think you’re doing pointing a gun at me?”

I didn’t know what I was doing, but I improvised.

“You’re going to shoot me.”

I sounded to myself as if someone else were speaking through my mouth, Dan Duryea maybe.

“I don’t believe this,” said Nicky, after another slight pause, and he smiled, but not very convincingly. “You, threatening me.”

“I probably should just go ahead and shoot you anyway,” I said. “Since you don’t seem to know how to keep away from me.”

“Oh, don’t flatter yourself, buddy-boy,” he said. “You’re not so special. Just because you think you’re such great friends with you know who –”

And again he forced that false-looking smile. To be frank, I had no idea if shooting him would do any good, or even if I would have the courage, or be insane enough, to shoot him, but I had nothing to lose if I pulled the trigger, everything to lose if I did nothing, so I started counting.

“Hey, Arnold,” said Horace. “Listen, I know you’re a little upset, and I understand that, I’m a little bit upset too, I mean no writer likes to be told that his life’s work is ‘trash’, but, look, maybe you should put that thing away.”

“Shut up, Horace,” spoke up Ferdinand. “Stop being such a coward.”

“Oh, my God,” was all that Missy said, and I saw Nicky flinch as she said it, even more so than when I had cocked the pistol, but he seemed to recover quickly.

“Okay!” he said, speaking to me. “No need to count! Just pull the trigger, tough guy. Go ahead, shoot!”

“Do it, Arnie,” said Ferdinand.

“Thank you,” I said, and I extended my arm, trying to remember what that sergeant had taught me about the correct way to aim and shoot a pistol, all those years ago, when all I wanted to do was get it over with and go back to my bunk and read a cheap novel about a man caught in a deadly whirlpool of evil in peace. Something about aligning the pistol barrel with my forearm, pointing the barrel just as I would a finger at the target, in this case the breast pocket of Nicky’s shimmering grey suit, out of which a blazingly white handkerchief peeked in a perfect puff-fold.

I started to squeeze the trigger. “Slow, hard and easy,” I remember the sergeant saying, “just like you was squeezin’ your own pecker.”

“Oh my God!” yelled Missy, almost in a shriek, and once again Nicky flinched, almost violently this time.

“Stop that!” said Nicky, addressing not me, who was just about to shoot him, but Missy.

“Stop saying what, you weirdo?” she said.

He flinched again, even more so this time.

“Yes!” he almost shrieked himself. “Stop saying that, you silly little bitch!”

Each time she said the phrase Nicky flinched again. He dropped his cigarette holder and raised up both his hands as if to ward off physical blows.

The last three words seemed to hit Nicky like three quick right hooks to the ear from Joey Giardello, and now he staggered back a step.

Nicky staggered backwards again, stepping off the curb and into the stream of rainwater flowing in the gutter, swiping his hands in the air as Ferdinand zoomed right at his face and then at the absolute last millisecond pulled up in another of his perfectly executed Immelman turns, then looped the loop once, twice and then once again, all the while cackling and yelling “Oh my God”, loudly, several more times.

“Oh my God,” said Horace, I think not trying to discomfit Nicky but just as a genuine reaction to what was happening.

And then Nicky collapsed to his knees, in the running dark water in the gutter, holding his hands over his ears, his face whiter than the perfect white of his shirt and his pocket handkerchief, his gleaming black hair falling over his eyes, which were shut tight, with tears oozing from under their purple lids, and these tears were bright red, as red as blood if not blood. His lips were pressed tight together but he emitted a high keening sound, and his entire body trembled as if an electric current were passing through it.

“Finish him, Arnie,” said Ferdinand. “Put one right between his eyes.”

I lowered the gun, and with my left hand again I carefully lowered the hammer, then put the pistol back in the side pocket of my seersucker jacket.

I took a few steps closer to Nicky, to where he knelt in the gutter, his hands over his ears, trembling and keening.

Nicky reacted as if I had just kicked him in the face, his head snapping back, and then he fell forward, but broke his fall with both hands in the gutter water, and he stopped like that, on all fours, gasping as if he were choking, and then vomiting blood, what must have been a quart of blood, which splashed steaming into the gutter water and then flowed away.

He raised his head, and looked at me with blood oozing from his mouth and nose, those tears of blood streaming from his eyes, and in the blackness of those eyes I saw what I knew to be hell.

And Nicky fell over on his side in the streaming water.

“Asshole!” he managed to say, lifting his bloody mouth out of the dirty water.

“Jesus Christ,” I said, one more time, and then, for good measure, “also God the father and the holy ghost.”

And with that he dissolved, just like that, his entire self, shimmering grey suit and all, dissolving into the flowing gutter water in a cloud of steam which quickly faded away into the night, and the dirty water flowed on, looking for a sewer, taking with it the liquefied remains of the prince of darkness.

At least for now he was gone.

Somehow I knew he would be back, he always did seem to come back, and maybe next time it wouldn’t be so easy to get rid of him. But I couldn’t worry about that now.

I had things to do, and I was still a long way from home.

(Continued here, because from the moment we started it was already too late to stop.)

Great! Rarer all the time but the idea that of bright moments when the devil leaves the planet is worth everyone's sustained concentration.

I have to say I was surprised at the way this chapter turned out...I suppose sometimes a little help from your friends is all you really need.