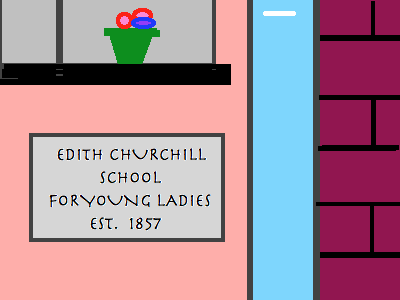 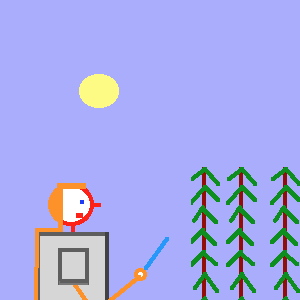 I hope you are enjoying your stay at Rozenzweig’s Home For Girls up in the fresh bracing air of the Catskills. I do apologize for not corresponding with greater frequency but things have been so hectic here in the city you wouldn’t believe. Never a dull moment that’s for sure.

First off I just want to assure you that I am keeping an eye on the “gelt” which you asked me to ask this business acquaintance of My Auntie M-------’s, this Tommy S-------n to put as they say “out of the street” for you. It’s what they call a “Shylock Operation” and if you don’t know what that is then just ask one of the older girls at the Home there I’m sure one of them can explain it all to you.

Well my dear I want you to know that your investment has thus far returned a 22% interest! Please let me know if you want me to put these earnings “out on the street” for you as well or do you want me to keep them separate, which I can do in that little strongbox I keep in one of my Auntie’s hatboxes at the bottom of her closet where no one will ever find it she has so much stuff piled in there.

I meet with this guy Tommy one afternoon a week at the old automat where I demand a strict accounting of your gelt believe you me. He seems like what they call a “jake guy” but trust me I am watching him like a hawk.

After prudently laying low for a week or so just to make sure the bulls weren’t sniffing around me I think you will be pleased to know I have been working on forming a new gang.

I finally decided on just two of the girls from Miss C------’s, because most of the girls in that school as I told you are drips and a lot of them are filthy rich and they just don’t care about making good money. The h--- with them I say.

I will tell you about these two girls.

One is Elizabeth M--------, this English girl. I noticed with my eagle eye that she was always stealing other girls’ pencils and candy and anything else that wasn’t nailed down, and I thought: this girl has potential. Also she speaks very “poshly” like one of those English ladies in the movies, so everybody naturally thinks butter wouldn’t melt in her mouth when obviously to anyone with two eyes in their head she’s a born thief. Even though she is English she is not a snob or stuck up at all. Like me she hates all the snobby stuck up little b-----s at Miss C---------’s and the teachers too I think you’ll like her and I am sure she will adore you.

The other girl is a Negro girl from Africa, Ruth N’Z-------- she’s here because her father is some big deal at the U.N. But one day this nasty girl I won’t dignify her by her name by writing it, called Ruth a dirty n----r and Ruth pushed her against the wall and told her to take it back or she would scratch her eyes out. The girl was so terrified of course she immediately took it back, and right away I thought this is a girl we could use in my new gang. So I talked with her, and she said yes because she believes in the redistribution of wealth.

So this was a good start. But I knew I needed something else in the gang, because even though I think I and Elizabeth and Ruth can handle ourselves the fact remains that we are all twelve year-old girls of rather slender frames and meager height.

What we needed was some “muscle”.

And fortunately one day I was sitting reading in Washington Square Park when I saw three Italian boys try to steal a brand new vanilla ice cream cone from this very small kid with an almost shaved head. I couldn’t believe it, but in a blur of punches and kicks and at least one head-butt this little fellow with the almost bald head had laid all three of these ruffians on the pavement, crying and begging for mercy, all the while with one hand holding his ice cream cone safely out of harm’s way. Ignoring their sobs the small bald lad as calm as day just walked away licking his ice cream cone.

Quickly I closed my book, it’s this French volume I think you might enjoy if only you could read French, the letters of this old time French lady called Madame de Sévigné, which were recommended to me by my Auntie M-------t’s friend P----e, quite fascinating, and I ran after the little bald boy and offered to buy him another ice cream cone if he would hear my proposition.

I bought him one and one for myself, both vanilla, with red sprinkles, and he told me his sad tale of life in the slums.

I in turn told him I liked his gumption and the cut of his jib, and I asked him to join the new gang I was forming. He agreed without a moment’s hesitation and now at last our gang had its needed “muscle”. I will not of course write his last name out, but we call him “Sluggo”, because of his remarkable resemblance to the comic strip character of that name. He is only eleven and as I have said quite small but believe you me this boy packs a wallop.

This brings us to the last member of our new gang, whom we call “the Monkey”.

Oh dear there is the bell heralding the end of recess. I shall quickly dash across the street and post this as I have a busy day and night ahead of me, and let’s hope a profitable one.

More on “The Monkey” later, but all I will tell you for now is you never saw anyone climb up a drainpipe like this kid.

PS I have decided to cut you in on an equal share of everything the new gang takes in on account of you were such a stand-up gal and kept your lips buttoned. Hold fast, my dear, this year in the mountains will pass with celerity and I am sure you will return bronzed and fit and ready as ever for action.

PPS Don’t forget let me know if you want me to get Tommy S-------  to put this extra gelt from your interest “out on the street”. If not I will keep it for you in the strongbox in the hatbox in my Auntie’s closet I told you about but it seems a shame to me let the gelt just sit there when it could be earning you more gelt but that’s just me.


This story originally appeared in an earlier version, and splendidly illustrated by rhoda penmarq, in New Tales of the Hotel St Crispian.
(Because of an attack of stomach virus, your editor has not yet quite finished transcribing the latest chapter of Arnold Schnabel’s Gold View Award™-winning masterpiece Railroad Train to Heaven©, but rest assured Arnold will be back next week with an all-new thrilling episode!)
Posted by Dan Leo at 10:09:00 PM

Big fun, thanks! And here's hoping your bug's dead and gone.

Thanks, Kathleen – the bug's all gone now, and Arnold will definitely be back with bells on next week!