“Railroad Train to Heaven”, Part 409: nothing 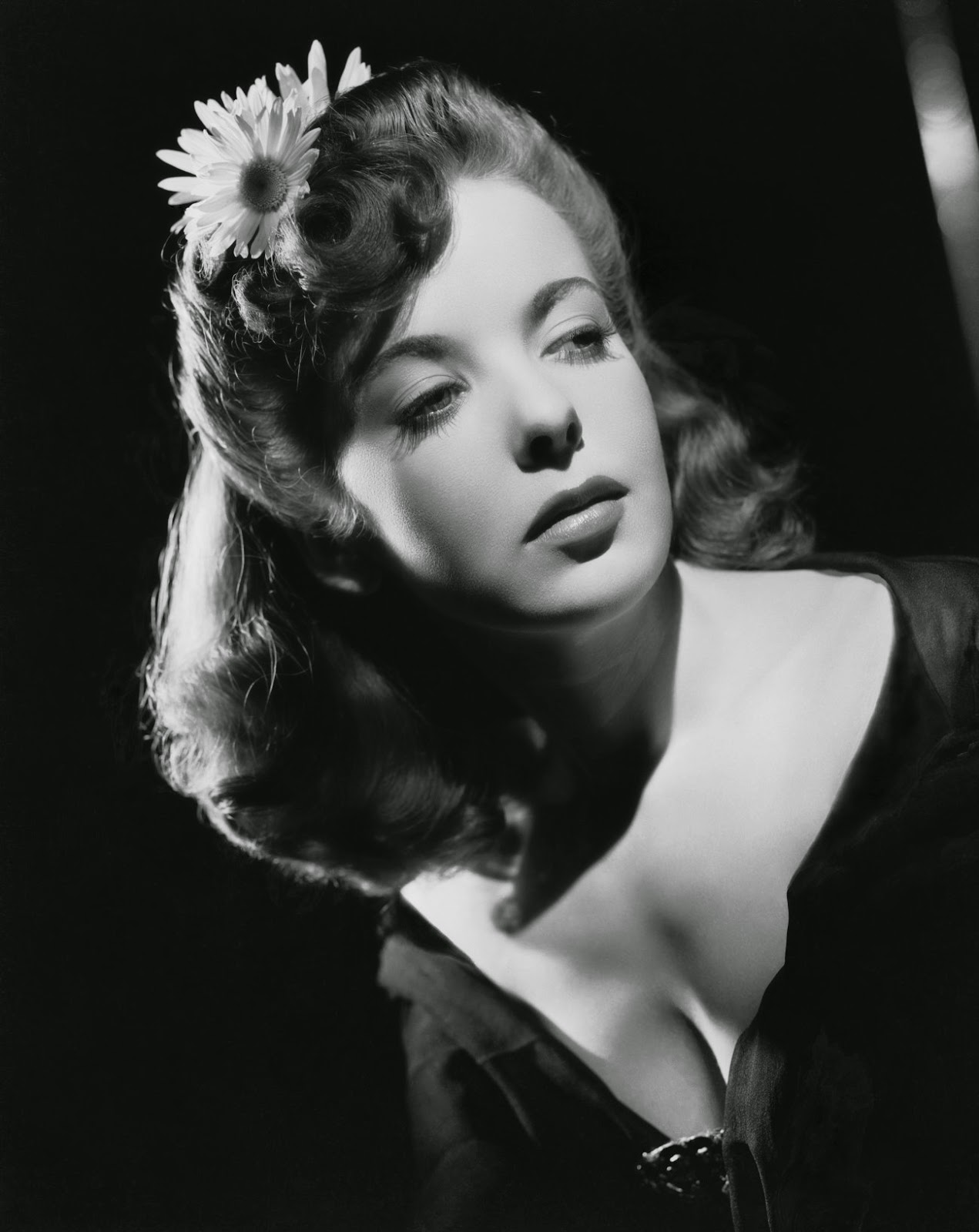 (Please click here to read our previous thrilling episode; if you have finally resigned yourself to terminal unemployment with lots of free time on your hands, then you may go here to start at the beginning of this 69-volume Gold View Award™-winning autobiography.)

“September is upon us, and reluctantly I say farewell to those long summer days spent in my comfortable rocking chair on the porch of our summer residence in Cape May, lost in the seemingly endless adventures of Arnold Schnabel.” – Harold Bloom, in The Cape May Star & Wave Book Supplement.


“Y’know, lady,” said Ferdinand, and now he was hovering just in front of her, at the level of her breasts, “I like your style.”

“Thanks, pal.” She took a drag off her cigarette, slowly exhaled, and Ferdinand flew into the path of the smoke so that he could breathe it in. “You’re kind of cute yourself,” she said.

“You are too kind, m’lady,” said Ferdinand.

“Only if you agree to call me Ferdinand,” said my friend the fly.

“Don’t start something I might have to finish, Lou,” said Lily, turning to glare at him over her shoulder.

“Sorry, Lily,” said Laughing Lou. He had moved away from the door and he now stood next to her, shoving his tear-sodden handkerchief into his suit jacket pocket. “You know you mean the world to me,” he said.

She looked at him, then looked away.

She looked at me, then maybe at Horace, and then maybe she just looked across the room and out the window, I couldn’t be sure.

She took another drag on her cigarette.

Laughing Lou put his enormous hand on her arm. I know, enormous was the only kind of hand he had. I’m sorry if I’m being repetitive.

“Take your big fat mitt off my arm,” she said.

“Sorry, Lil,” said Laughing Lou. “But, lookit, why don’t we take Mr. Sternwall’s suggestion, all just have a drink – a friendly drink – and, if you’ll let me, I can explain everything.”

“I’m sick of explanations,” she said.

“But somebody has to explain,” he said.

“Well, Lily,” said Laughing Lou, “ha ha, sometimes things must be explained, you must agree, and in fact before we had our little misunderstanding I was just about to, to explain, to Mr. Schnabel and Mr. Sternwall, all about, uh –”

“What about me, big guy?” said Ferdinand.

“Ha ha,” said Laughing Lou, “why, yes, and our friend Ferdinand here, too, I was just about to, to, explain, and to make these gentlemen a proposition –”

“Is there any champagne left?” said Lily.

“You heard me. Is there any champagne left.”

“Yes, I want some champagne!” she said.

“Oh, sorry,” said Laughing Lou. “Sit right down at the table and I’ll get a bottle.”

“It reeks of whiskey in here,” she said. “Bring it out to the terrace.”

“The terrace, yes, of course,” said Laughing Lou. “It’s really quite pleasant outside –”

She ignored him and addressed Ferdinand.

She strode toward the table and started to go past it. Then she stopped and looked at me and then at Horace.

“Of course,” said Horace, “we should be delighted.”

She pointed the lit end of her cigarette at me.

“You’re not going to bust up my patio furniture, are you?”

She stared at me for a moment.

“I’ll bet you want an explanation, don’t you?”

“Lou!” she called. “Bring glasses for these characters, too!”

“Of course,” said Laughing Lou, who was already behind the bar.

She turned to Horace.

“Champagne okay for you, Mr. Sternwall? It’s the real stuff, from France, not that domestic piss. Or would you rather drown yourself in some more bourbon?”

“Ha ha, oh, Lily, you kill me,” said Ferdinand, who was buzzing around now quite close to her bosom, a fair amount of which was not covered by her black sparkly dress, another detail I probably should have mentioned earlier.

“Lou!” she called again. “And don’t forget a glass for Ferdinand!”

“I love you, Lily,” said Ferdinand. “I mean that sincerely.”

“I believe you,” she said. “Who knows, maybe I should give a nice fly a chance. God knows I haven’t had much luck with men.”

“I meant human men,” she said. “No offense meant."

“Of course not,” said Ferdinand.

“I am not a prejudiced woman,” she said. “Except when it comes to men. And to women. But so far I’ve never been screwed over by a fly.”

“And I hope you never will be,” said Ferdinand.

“We’ll see about that,” she said, and then she turned and headed across the room toward the French doors.

Ferdinand flew in my ear.

“Arnie,” he said. “I think she really likes me. What do you think? Think she likes me?”

“Not so loud,” he whispered in my ear. “I don’t want her to know we’re talking about her.”

I walked around the table and followed Horace, who had put his hat back on and was already following Lily, all of us stepping around the broken whiskey glasses and the ashtrays and the unbroken but now empty bottle of Heaven Sent bourbon on the floor. She went past the big desk to the French windows, turned a latch, undid a security chain, slid back a barrel bolt, then she bent her legs, reached down, and pulled up another bolt that went down into the door sill.

She stood up turned around.

“You can’t be too careful,” she said. “We got an electric alarm system in these windows too. And that glass? Horace, come here.”

“Rap that glass,” she said.

Horace rapped the glass with the knuckles of his right hand.

“I feels very sturdy,” he said.

“You bet it’s sturdy,” she said. “You could empty a Tommy gun at these French windows and you wouldn’t even see a crack.”

“God, he’s an ass-kisser,” said Ferdinand, who I now realized was still in my ear.

“You can’t take too many precautions,” said Lily. “Not in this business.”

“Save the clichés for your potboilers,” she said. She turned around, turned the handle on the door frame, and pulled the door open. She looked over her shoulder at me and Horace. "Follow me, party boys."

Obediently we followed her, out onto a dark broad stone-paved terrace, a few feet above ground level, looking out over what looked like a graveled lot, with dark woods about thirty yards beyond and the starry nighttime sky above them. There was a light breeze, smelling faintly of pine trees, and it smelled good after the smoky, sweaty barroom and the bourbon-reeking room we had just left. The air was cool but not cold. Lily flicked a wall switch to the right of the glass doors, and some lamps mounted along the wall came on. The terrace was roofed-over, supported by red-brick columns. There were some chairs along the wall on both sides of the French windows, with a porch glider to the left. To the right was a round patio table, it looked like it was made out of white-painted cast iron, with four white cast-iron chairs around it. We could still hear that Mantovani album from the Hi-Fi inside

“Beautiful view,” said Horace, although all we could see was this empty lot bordered by dark trees. “What’s beyond those woods, I wonder, Miss Lily?”

“What’s beyond them?” she said.

“Nothing is beyond those woods,” said Lily. “Nothing at all.”

(Kindly look to the right hand column of this page to find a sometimes-current listing of links to all other legally-released chapters of Arnold Schnabel’s Railroad Train to Heaven©. We should like to express our continuing gratitude to the Arnold Schnabel Society of Philadelphia™  for the use of its archives.)

Or maybe it's Lily's code for "the suburbs"? Maybe we'll find out in the next dozen or so chapters...