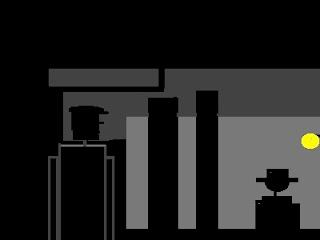 "the man who buys the mona lisa"

cosima watched from the window as fortescue and carol got into the cab and the cab pulled away from the curb and headed downtown.

williams was waiting behind her. she turned to face him.

"did you say i had a couple of phone calls tonight?"

"indeed i did, miss. i wrote down the names and numbers. i can get them now, if you like."

"no rush. anybody you didn't know?"

williams hesitated. "one call was from mrs babson - young mrs babson, whom we both know very well."

"the other was from a gentleman who identified himself as mr slomo. he gave the impression of wanting to introduce himself. so i don't know if you are already acquainted with him."

"slomo?" cosima seemed momentarily startled. then she laughed. "it was probably a joke. from bucky burnside or one of his pals. or pete palomine."

"it didn't sound like mister burnside or mister palomine. of course i could be mistaken."

"well, if they were joking they would have been trying to disguise their voices."

cosima stared at williams. "was there something else?"

"well, miss. perhaps i am being a bit presumptuous - "

williams laughed politely. "but the name 'slomo' was not entirely unfamiliar to me."