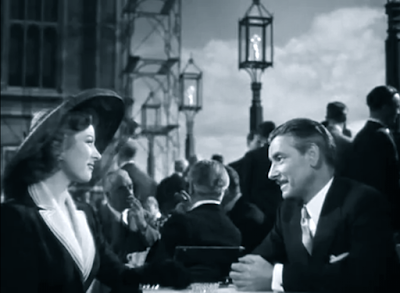 Let us rejoin that frustrated middle-aged loverboy Buddy Best and the object of his affections, the lovely Cordelia, on a fine spring morning in the year 2003, at the Hotel Vancouver...

(Go here to refresh your memory of our previous chapter; idle newcomers are invited to click here to return to the first chapter of Uncle Buddy’s House©. “A real knee-slapper!” -- J.J. Hunsecker, in the TV Guide.)

For brunch she suggested the other restaurant downstairs, which was called Griffins.

“What about Joe, and the other people in your show?”

“Y’know what, Buddy, I just don’t care any more. I’m too fucking hungover.”


So of course as soon as they walked into the dining room they saw Joe Morrow at a big table with a bunch of other people, including Keith the first A.D.

“Oh, great,” said Cordelia. “They must be having a production meeting.”

And, sure enough, now everyone at the table was looking at them.

Buddy gave a little wave to Joe, and Joe waved back.


It was a buffet brunch, which Buddy liked because he didn’t have to deal so much with waiters, and which Cordelia liked because she could have small portions of about nine different items.

They had just started eating when good old Joe came over to say hi.

“So, Budster, what a pleasant surprise.”

They shook hands, and Joe leered.

“I’m not so little, Joe,” said Cordelia, her mouth full of buttermilk pancake.

“This lady is just brilliant.”

“I thought she would be,” said Buddy.

“Yeah. Checked in yesterday, ran into Cordelia here last night, so we made a little brunch date.”

“Uh, our first A.D. tells me he ran into you two at the Yaletown Brewing Company last night.”

“Yeah, we had a couple beers there.”

“Joe,” said Cordelia, holding a forkful of whitefish, “if you must know, Buddy is my lover.”

And, putting the whitefish into her mouth, she waggled the fingers of her left hand at him.

And Joe turned to go.

“Wait,” she said, dabbing her mouth with her napkin.

“And you can tell Keith I don’t appreciate being gossiped about.”

She gave a little wave with the napkin.

“I’ll see you tomorrow, Joe,” she said, and dropping the napkin to her lap she returned her attention to her meal.

“Good seeing you, Joe,” said Buddy. And just to be perverse he extended his hand again. “Good luck with the show.”

Joe had taken a step or two away from the table. Afraid to step back toward it he bent over sideways, extended his arm, and limply shook Buddy’s hand.

“Thanks,” said Joe, and then off he turned and veered away, slightly hunched, as if buffeted by a cold wind at his back, toward his own silent table.

“Wow,” said Buddy, “I liked the way you handled that.”

Cordelia shrugged, and poured some more syrup onto her pancakes.

“So, I hope you’re not too disappointed, Buddy. I mean with your trip up here.”

“Are you kidding me? I’m having a great time. I mean despite the slight hangover.”

She leaned forward, holding a piece of bacon, “Even though I didn’t you-know-what-you?”

Buddy leaned forward and said, “It’s not too late for that.”

Although even as he said this he knew he didn’t especially want to go back to bed with her, not today, anyway -- but it was cool, because after taking a bite of her bacon Cordelia said:

“I don’t know. Maybe yesterday. Today -- I am so hungover -- y’know what I honestly want to do after this? Go back to bed. Go back to bed alone.”

“Of course. I wish my house was right next door so I could do just that.”

She put the rest of the bacon into her mouth and chewed.

“I don’t blame you. How’s that oatmeal?”

“I think I’ll just get a little bowl of my own. What the hell, they have a great gym here, I’ll just work out after my nap. Then I’ll pamper myself. They have this rose hip infusion wrap thingy I want to try.”

“I was thinking of coming down to L.A. next weekend, or maybe the weekend after that, for a visit. Would you like to get together if I do?”

“Yeah. Very much. And I’ll make sure I have condoms on me at all times.”

“Okay. But I haven’t decided if I will come. I’ll call you.”

“If you’re doing something that’s okay.”

“I won’t be doing anything.”

“I’m gonna get that oatmeal.”

“Ugh.” She pushed her oatmeal bowl away. “I’m stuffed. I’m glad you told me about that woman though.”

“Whatever her name is. I’m just glad you don’t lie.”

“Really? Have you lied to me?”

She looked at him.

“Good,” said Buddy, “Okay. Well. I say we have one Bloody Mary apiece just to take the edge off and then you go back to bed and I catch a plane out of this two-bit burg.”

Buddy looked around for the waitress. There was Joe and the gang over there. Joe looked no weirder than he usually looked, which was pretty weird, like a guy who set fire to toy army men in his basement. Whereas the poor little first A.D. looked absolutely crushed and on the verge of sawing his wrists with his butter knife. Well, he’d get over it.

(Continued here, because it can’t end this way.)

(Kindly look to the right-hand column of this page to find an up-to-date listing of links to all other currently available episodes of Uncle Buddy’s House™, all of them absolutely free of charge for a limited time only thanks in part to the sponsorship of British Petroleum: “Hey, accidents happen. Please trust us when we say we will do all that is humanly possible not to poison the Gulf of Mexico or any other major body of water ever again.”)

If only Buddy were a buttermilk pancake...

Yeah, if only Buddy were white fish or bacon or a hamburger. They have sweet conversations, though. And she does seem interesting to watch.

Men come and men go, but a good brunch will never let you down.

Cordelia's a woman who has her priorities straight!

In the immortal words of Diana Ross's "Love Hangover", please, don't leave me this way...