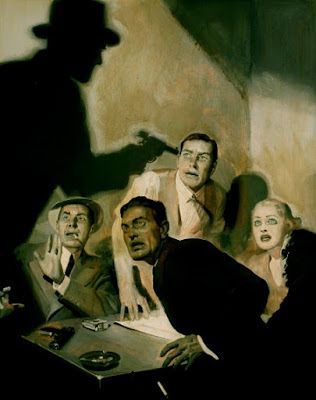 This one dropped six years ago today...


“Sure, Lieutenant, I’m a drunk, and a two-bit grifter, I’m a defrocked priest and a disgraced cop, I’m a deserter and a coward and a traitor, I’m a hop-head and a three-card monte artist and a race-horse juicer – but I’m tellin’ ya and it’s the God’s honest truth – I didn’t bump Kincaid and I don’t know who did!”

(Scroll down the right-hand column of this page to find a listing of links to the opening passages of some other fine but sadly out-of-print novels by Horace P. Sternwall.)
Posted by Dan Leo at 2:04:00 AM

Yes, Alina, it's the rarest of rare books!

You are right Dan Leo, it is really a rare book.