To write the Life of him who excelled all mankind in writing the lives of others, and who, whether we consider his extraordinary endowments, or his various works, has been equalled by few in any age, is an arduous, and may be reckoned in me a presumptuous task.

Had Dr. Johnson written his own life, in conformity with the opinion which he has given, that every man's life may be best written by himself; had he employed in the preservation of his own history, that clearness of narration and elegance of language in which he has embalmed so many eminent persons, the world would probably have had the most perfect example of biography that was ever exhibited. But although he at different times, in a desultory manner, committed to writing many particulars of the progress of his mind and fortunes, he never had persevering diligence enough to form them into a regular composition. Of these memorials a few have been preserved; but the greater part was consigned by him to the flames, a few days before his death.

As I had the honour and happiness of enjoying his friendship for upwards of twenty years; as I had the scheme of writing his life constantly in view; as he was well apprised of this circumstance, and from time to time obligingly satisfied my inquiries, by communicating to me the incidents of his early years; as I acquired a facility in recollecting, and was very assiduous in recording, his conversation, of which the extraordinary vigour and vivacity constituted one of the first features of his character; 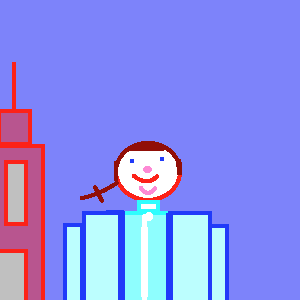 and as I have spared no pains in obtaining materials concerning him, from every quarter where I could discover that they were to be found, and have been favoured with the most liberal communications by his friends; I flatter myself that few biographers have entered upon such a work as this, with more advantages; independent of literary abilities, in which I am not vain enough to compare myself with some great names who have gone before me in this kind of writing.

Since my work was announced, several Lives and Memoirs of Dr. Johnson have been published, the most voluminous of which is one compiled for the booksellers of London, by Sir John Hawkins, Knight, a man, whom, during my long intimacy with Dr. Johnson, I never saw in his company, I think but once, and I am sure not above twice. Johnson might have esteemed him for his decent, religious demeanour, and his knowledge of books and literary history; but from the rigid formality of his manners, it is evident that they never could have lived together with companionable ease and familiarity; nor had Sir John Hawkins that nice perception which was necessary to mark the finer and less obvious parts of Johnson's character. Sir John Hawkins's ponderous labours, I must acknowledge, exhibit a farrago, of which a considerable portion is not devoid of entertainment to the lovers of literary gossiping, a very small part of it relates to the person who is the subject of the book; and, in that, there is such an inaccuracy in the statement of facts, as in so solemn an authour is hardly excusable, and certainly makes his narrative very unsatisfactory.

But what is still worse, there is thoughout the whole of it a dark, uncharitable cast, by which the most unfavourable construction is put upon almost every circumstance in the character and conduct of my illustrious friend; who, I trust, will, by a true and fair delination, be vindicated both from the injurious misrepresentations of this authour, and from the slighter aspersions of a lady who once lived in great intimacy with him. 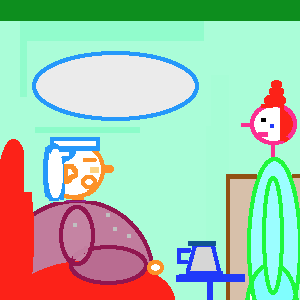 (To be continued, God willing. Published also, in a much more pleasing format, in classix comix.)
Posted by Dan Leo at 7:42:00 PM