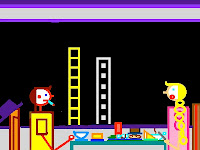 Meet Polly Powell, aged twenty-six, the cashier at the Automat just across the alleyway from the venerable Hotel St Crispian.

Her intention upon moving to the city had been to follow in the footsteps of Jane Austen, of the Brontës, of the Georges Sand and Eliot, of Colette, of Virginia Woolf, and to create a “body of work” that would establish her as the American equivalent of the aforementioned authoresses.


For far too long in Polly’s opinion the American literary world had been dominated by men. It was time for a woman to assume a place in the front rank, and not as a writer of mere “women’s fiction”, but of so-called “literary fiction”, fiction that would one day be a mainstay of American Literature departments, and not just in women’s colleges like Bryn Mawr and Mount Holyoke and Smith, but even in Harvard and Yale and Princeton.

Only one obstacle stood in the way of Polly’s ambitions as she got off the bus at the Port Authority that first sunny day in June, and that was her almost complete ignorance of the world outside of books and movies....