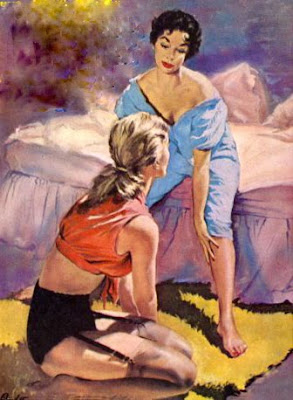 
(Scroll down the right-hand column of this page to find a listing of links to the opening passages of many other classic but nearly impossible-to-find novels by Horace P. Sternwall.)
Posted by Dan Leo at 3:12:00 AM

The girl can't help it. My kind of tomatoes.

"Please do not squeeze the tomatoes."